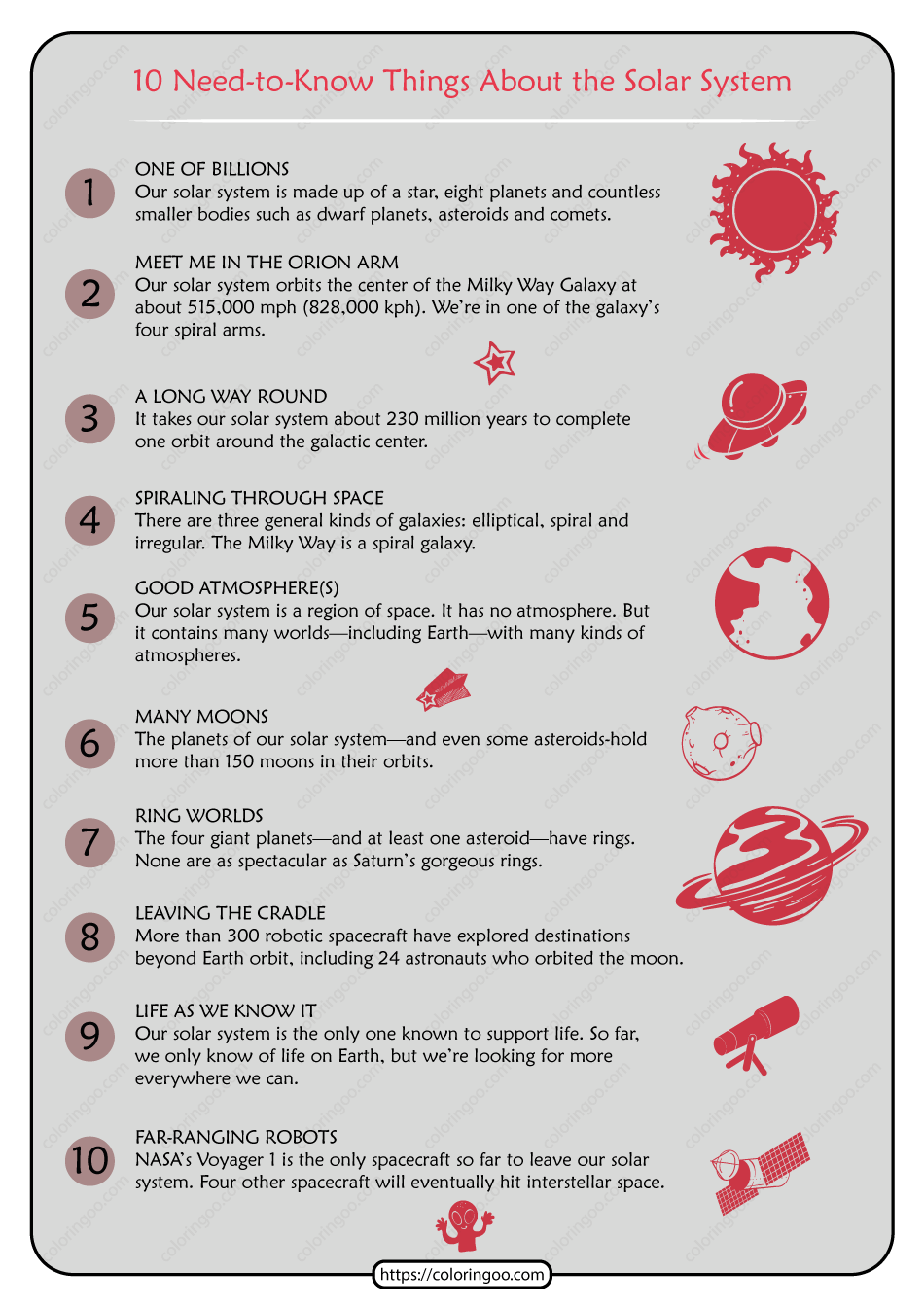 Our solar system consists of our star, the Sun, and everything bound to it by gravity — the planets Mercury, Venus, Earth, Mars, Jupiter, Saturn, Uranus and Neptune, dwarf planets such as Pluto, dozens of moons and millions of asteroids, comets and meteoroids. Beyond our own solar system, we have discovered thousands of planetary systems orbiting other stars in the Milky Way.

Our solar system is made up of a star, eight planets and countless smaller bodies such as dwarf planets, asteroids and comets.

It takes our solar system about 230 million years to complete one orbit around the galactic center.