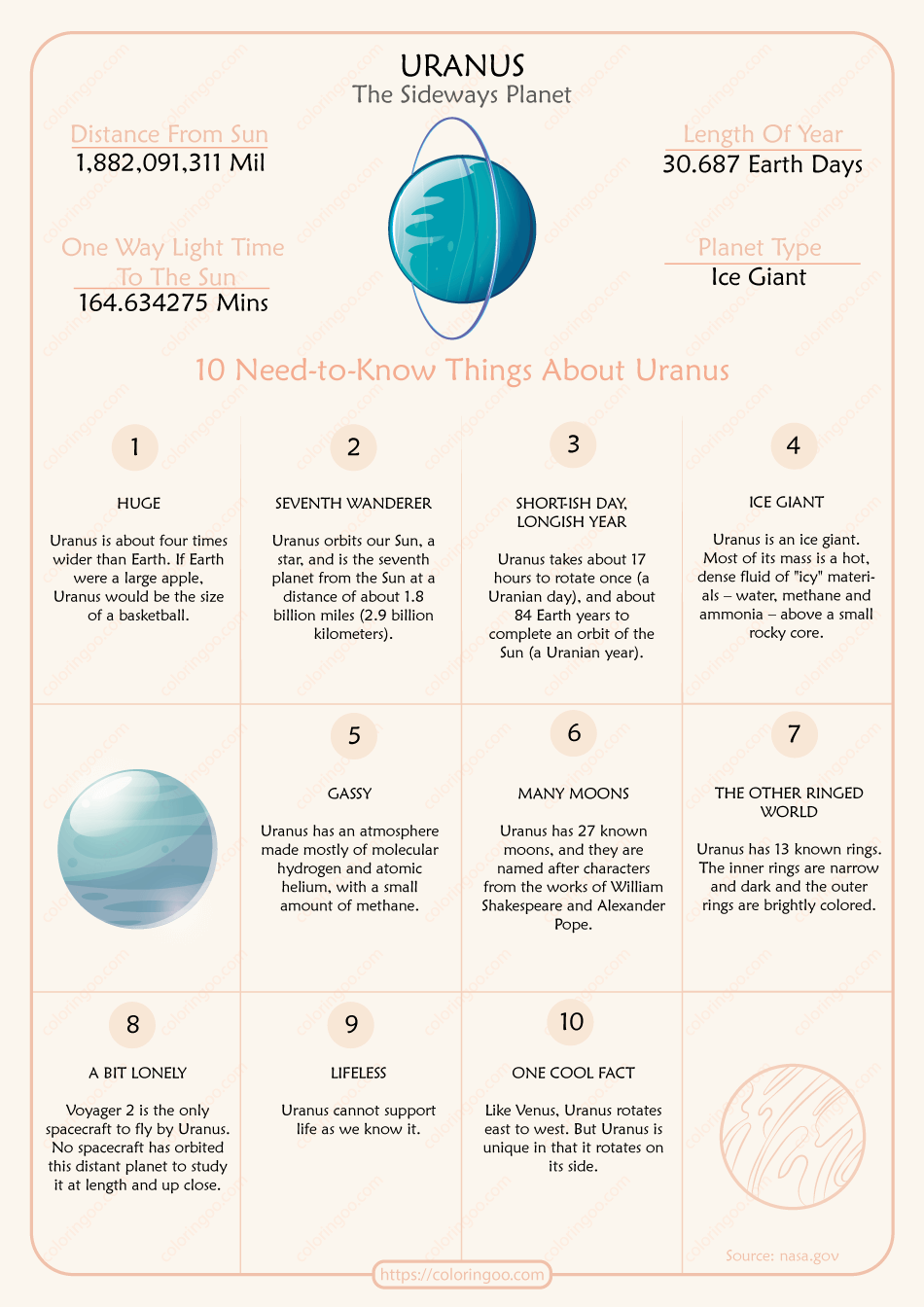 The first planet found with the aid of a telescope, Uranus was discovered in 1781 by astronomer William Herschel, although he originally thought it was either a comet or a star. It was two years later that the object was universally accepted as a new planet, in part because of observations by astronomer Johann Elert Bode. Herschel tried unsuccessfully to name his discovery Georgium Sidus after King George III.

Uranus is about four times wider than Earth. If Earth were a large apple, Uranus would be the size of a basketball.

Uranus orbits our Sun, a star, and is the seventh planet from the Sun at a distance of about 1.8 billion miles (2.9 billion kilometers).

Uranus takes about 17 hours to rotate once (a Uranian day), and about 84 Earth years to complete an orbit of the Sun (a Uranian year).