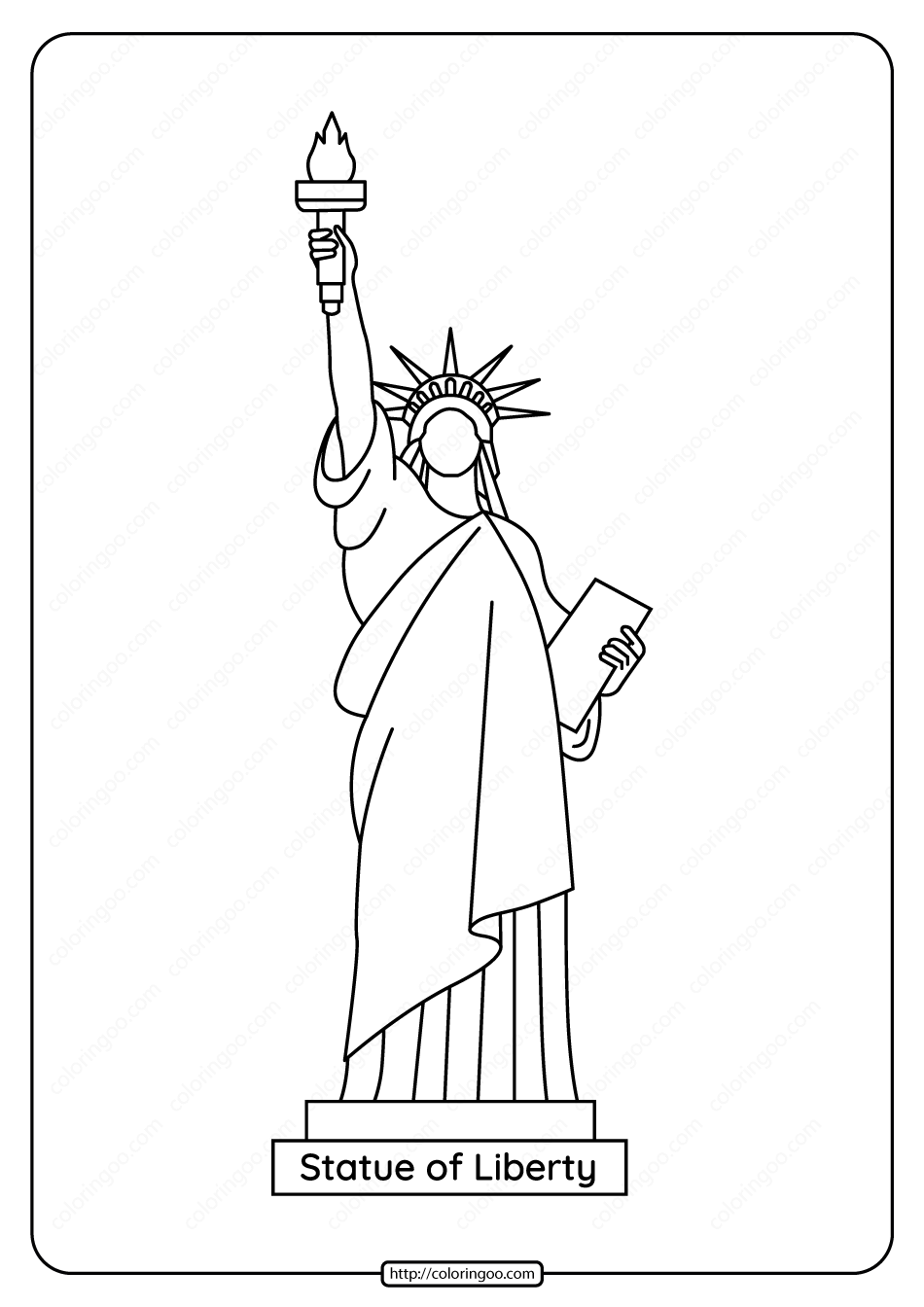 The Statue of Liberty (Liberty Enlightening the World; French: La Liberté éclairant le monde) is a colossal neoclassical sculpture on Liberty Island in New York Harbor in New York, in the United States. The copper statue, a gift from the people of France to the people of the United States, was designed by French sculptor Frédéric Auguste Bartholdi and its metal framework was built by Gustave Eiffel. The statue was dedicated on October 28, 1886.