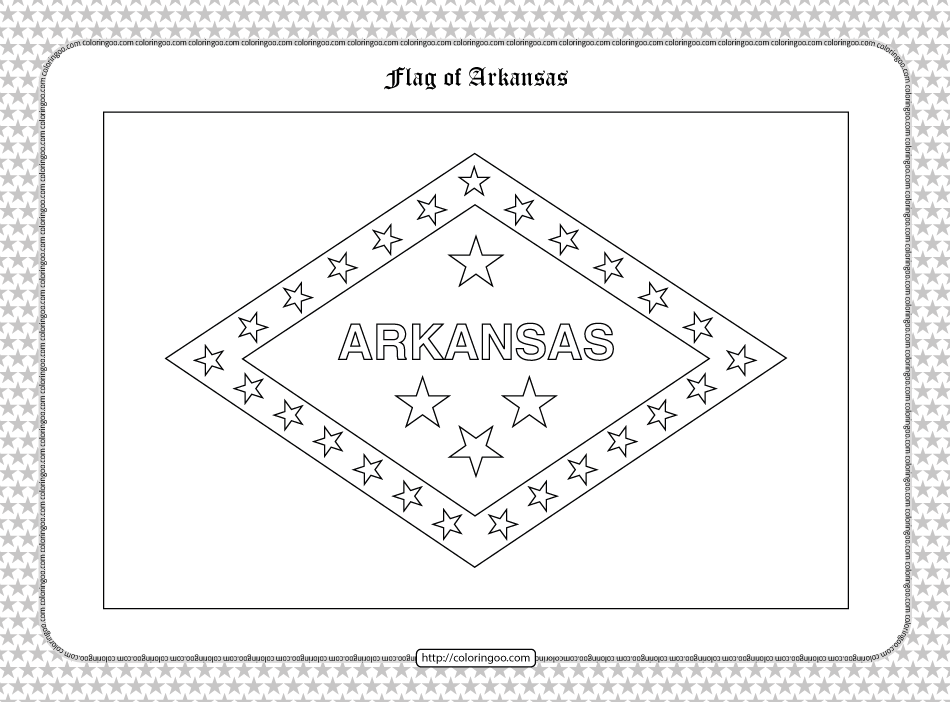 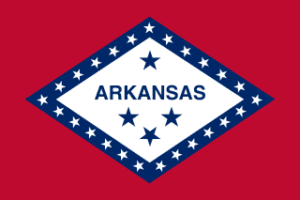 The flag of Arkansas, also known as the Arkansas flag, consists of a red field charged with a large blue-bordered white lozenge (or diamond). Twenty-nine five-pointed stars appear on the flag: twenty-five small white stars within the blue border, and four larger blue stars in the white diamond. The inscription “ARKANSAS” appears in blue within the white lozenge, with one star above and three stars below. The star above and the two outer stars below point upwards; the inner star below points downwards. The flag was designed by Willie K. Hocker of Wabbaseka, a member of Pine Bluff Chapter of the Daughters of the American Revolution.