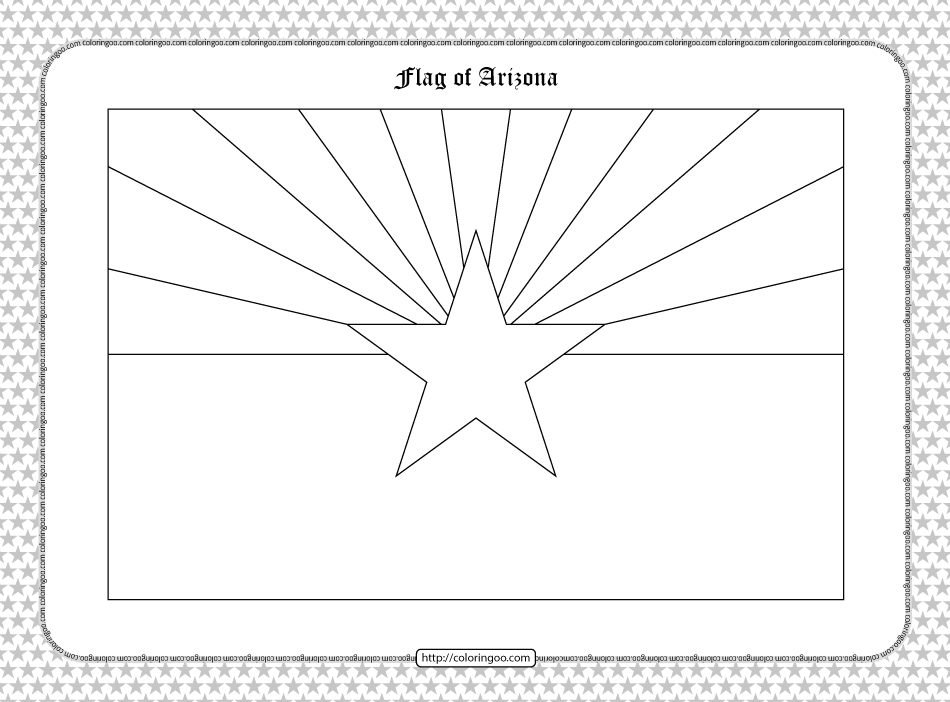 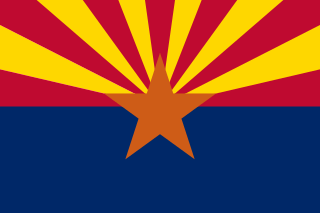 The flag of Arizona consists of 13 rays of red and weld-yellow on the top half. The red and yellow also symbolize Arizona’s picturesque landscape. The center star signifies copper production (Arizona produces more copper than any other state in the country). The height of the flag is two units high while the width is three units wide. The sun rays at the top are divided into 13 equal segments, starting with red and alternating with gold until the rays are complete. In the center of the flag, the copper star is one unit high, while the rest of the flag is covered by blue section measuring one unit high and three units wide. The colors of red and blue are the same shade used on the flag of the United States. The suggested flag size is four by six feet, with the star being two feet tall.