Disney Inside Out Joy and Bing Bong Coloring Pages 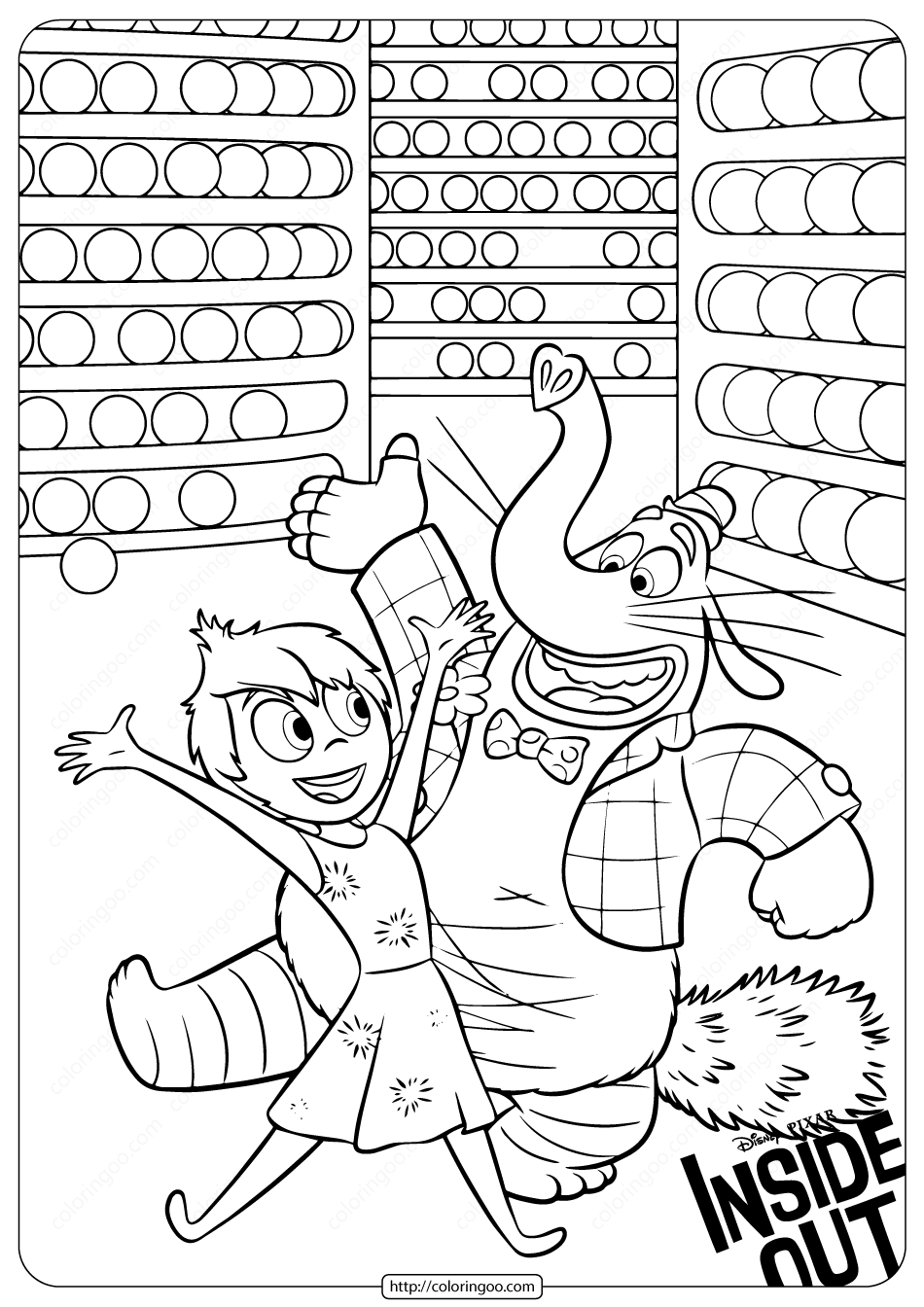 Disney Inside Out Joy and Bing Bong Coloring Pages

Inside Out is a 2015 American 3D computer-animated comedy film produced by Pixar Animation Studios and released by Walt Disney Pictures. With the trunk of an elephant, the tail of a cat, and body of cotton candy, Bing Bong is Riley’s imaginary friend. (You have to remember, when Riley was three animals were all the rage.) Unfortunately, he’s been out of work since Riley turned four, and he’s desperate to not be left behind as Riley grows up. Joy’s goal has always been to make sure Riley stays happy. She is lighthearted, optimistic and determined to find the fun in every situation.

Joy sees challenges in Riley’s life as opportunities, and the less happy moments as hiccups on the way back to something great. As long as Riley is happy, so is Joy. Growing up can be a bumpy road, and it’s no exception for Riley, who is uprooted from her Midwest life when her father starts a new job in San Francisco.