Disney Inside Out Sadness Coloring Pages 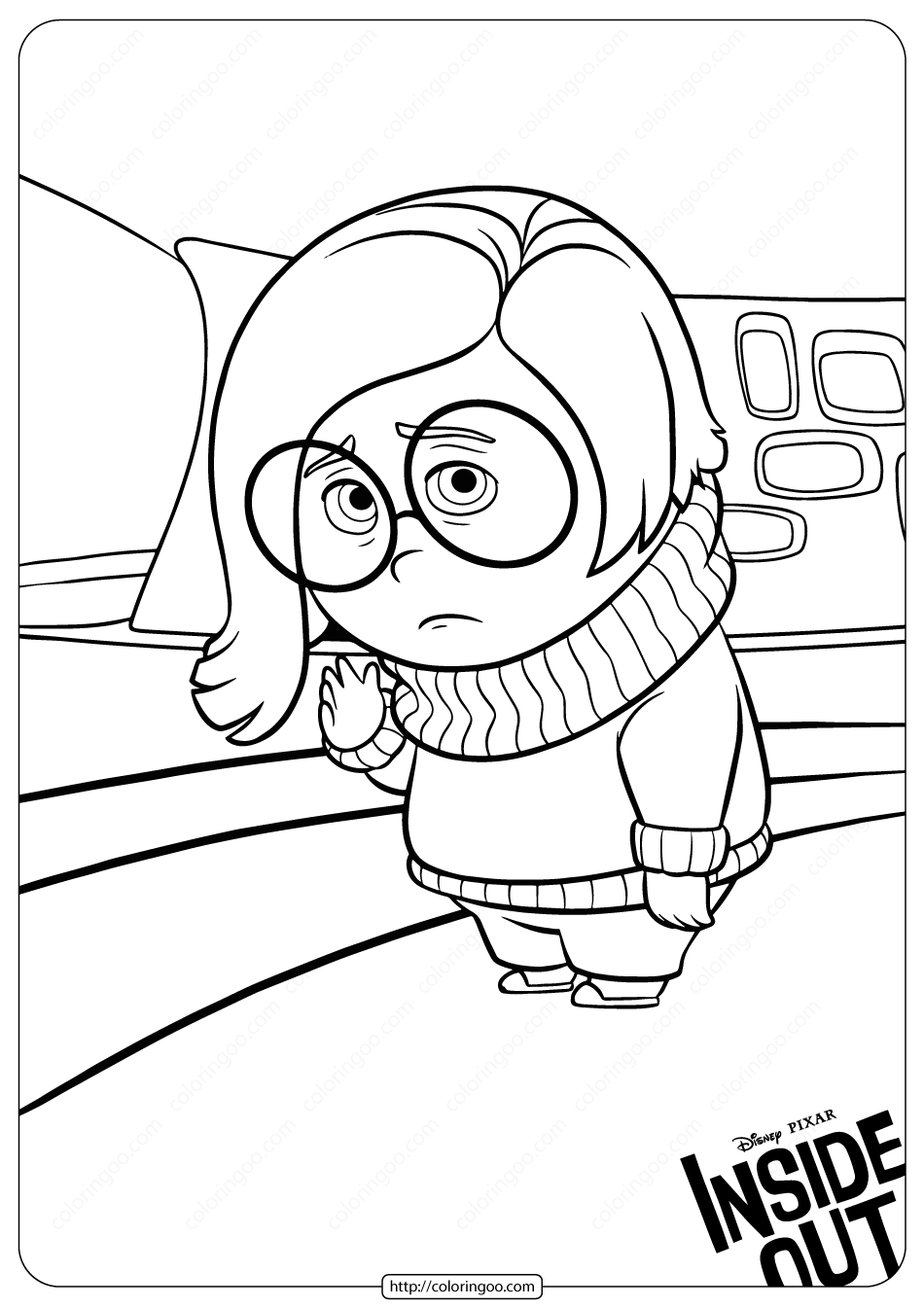 Disney Inside Out Sadness Coloring Pages

Inside Out is a 2015 American 3D computer-animated comedy film produced by Pixar Animation Studios and released by Walt Disney Pictures. None of the other Emotions really understand what Sadness’s role is. Sadness would love to be more optimistic and helpful in keeping Riley happy, but she finds it so hard to be positive. Sometimes it seems like the best thing to do is just lie on the floor and have a good cry.  Growing up can be a bumpy road, and it’s no exception for Riley, who is uprooted from her Midwest life when her father starts a new job in San Francisco.