Disney Inside Out Disgust Coloring Pages 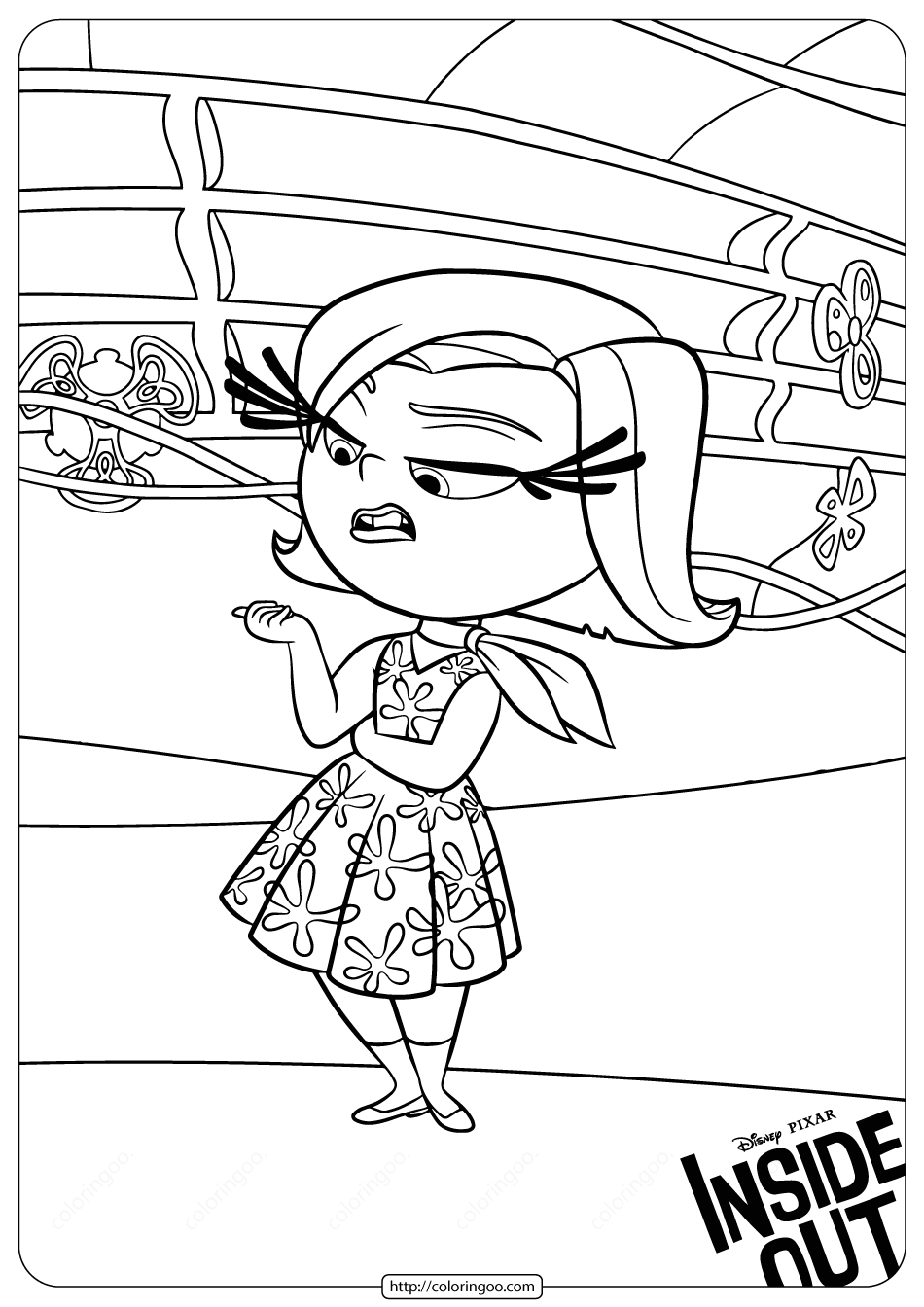 Disney Inside Out Disgust Coloring Pages

Inside Out is a 2015 American 3D computer-animated comedy film produced by Pixar Animation Studios and released by Walt Disney Pictures. Disgust is highly opinionated, extremely honest and prevents Riley from getting poisoned – both physically and socially. She keeps a careful eye on the people, places and things that Riley comes into contact with – whether that’s broccoli or last year’s fashion trend. Disgust always has the best of intentions and refuses to lower her standards. Growing up can be a bumpy road, and it’s no exception for Riley, who is uprooted from her Midwest life when her father starts a new job in San Francisco.