Inside Out Disgust Fear and Anger Coloring Page 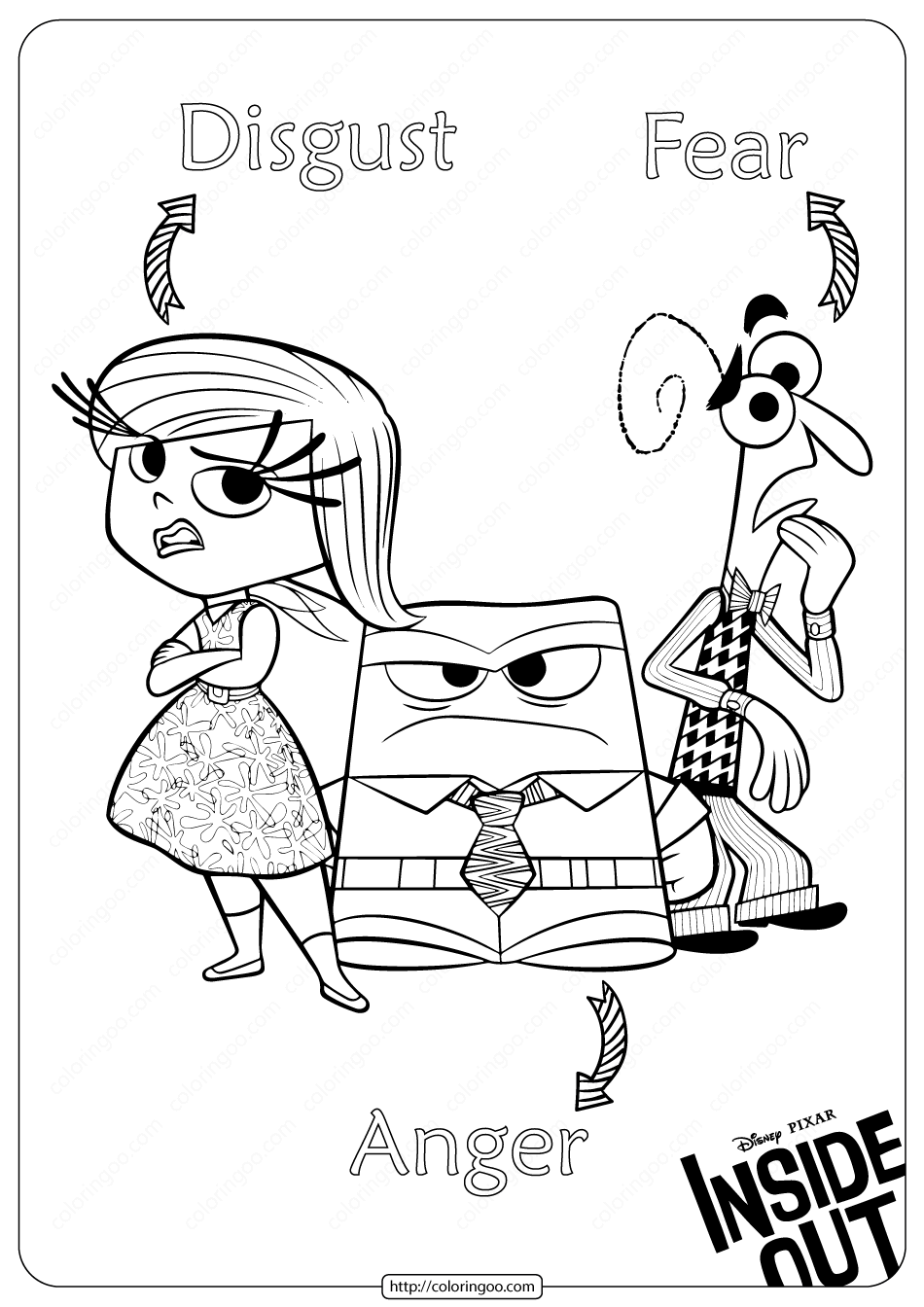 Inside Out Disgust Fear and Anger Coloring Page

Inside Out is a 2015 American 3D computer-animated comedy film produced by Pixar Animation Studios and released by Walt Disney Pictures. Anger feels very passionately about making sure things are fair for Riley. He has a fiery spirit and tends to explode (literally) when things don’t go as planned. He is quick to overreact and has little patience for life’s imperfections. Disgust is highly opinionated, extremely honest and prevents Riley from getting poisoned – both physically and socially. She keeps a careful eye on the people, places and things that Riley comes into contact with – whether that’s broccoli or last year’s fashion trend.