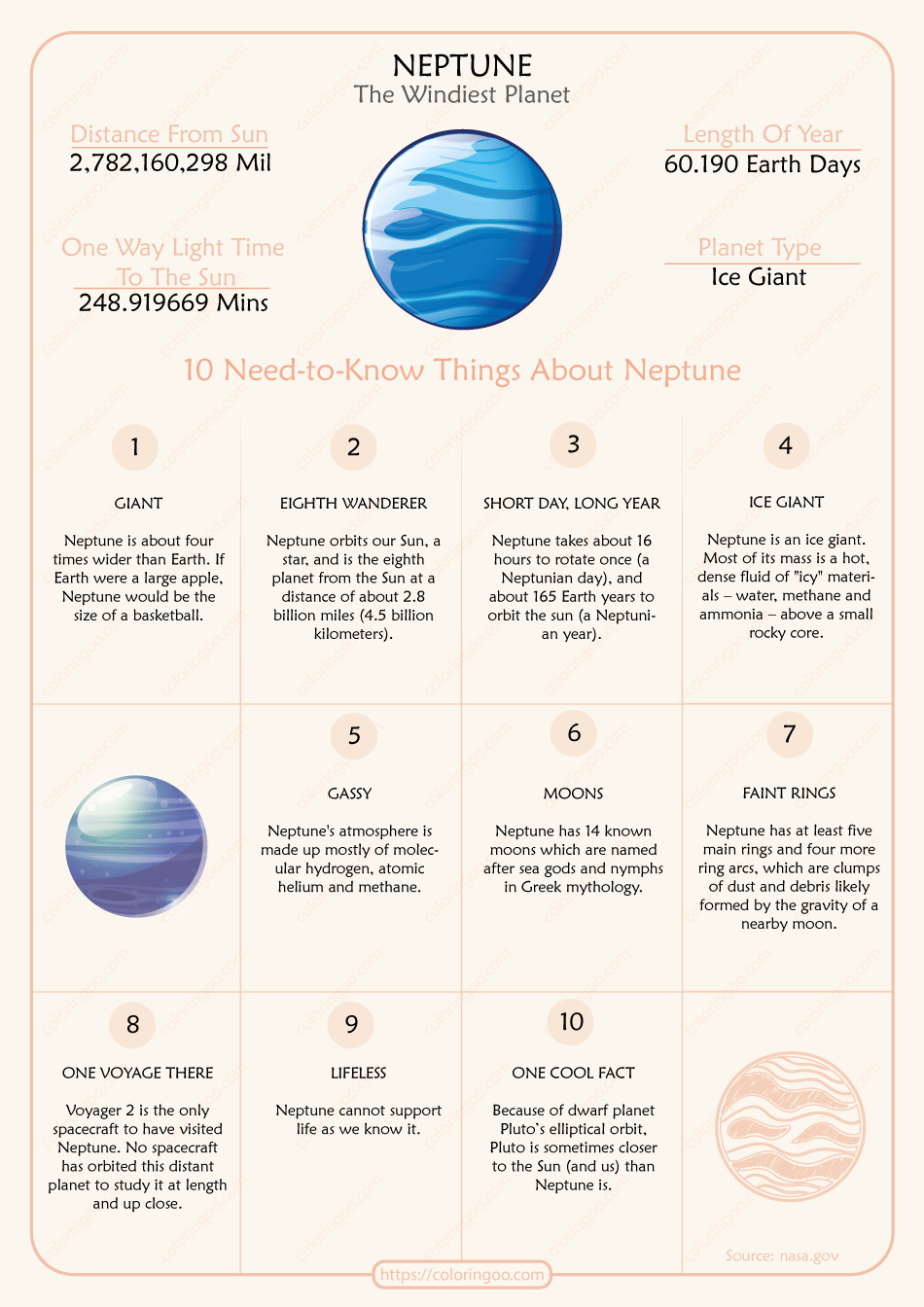 Dark, cold and whipped by supersonic winds, ice giant Neptune is the eighth and most distant planet in our solar system. More than 30 times as far from the Sun as Earth, Neptune is the only planet in our solar system not visible to the naked eye and the first predicted by mathematics before its discovery. In 2011 Neptune completed its first 165-year orbit since its discovery in 1846.

Neptune is about four times wider than Earth. If Earth were a large apple, Neptune would be the size of a basketball.

Neptune orbits our Sun, a star, and is the eighth planet from the Sun at a distance of about 2.8 billion miles (4.5 billion kilometers).

Neptune takes about 16 hours to rotate once (a Neptunian day), and about 165 Earth years to orbit the sun (a Neptunian year).