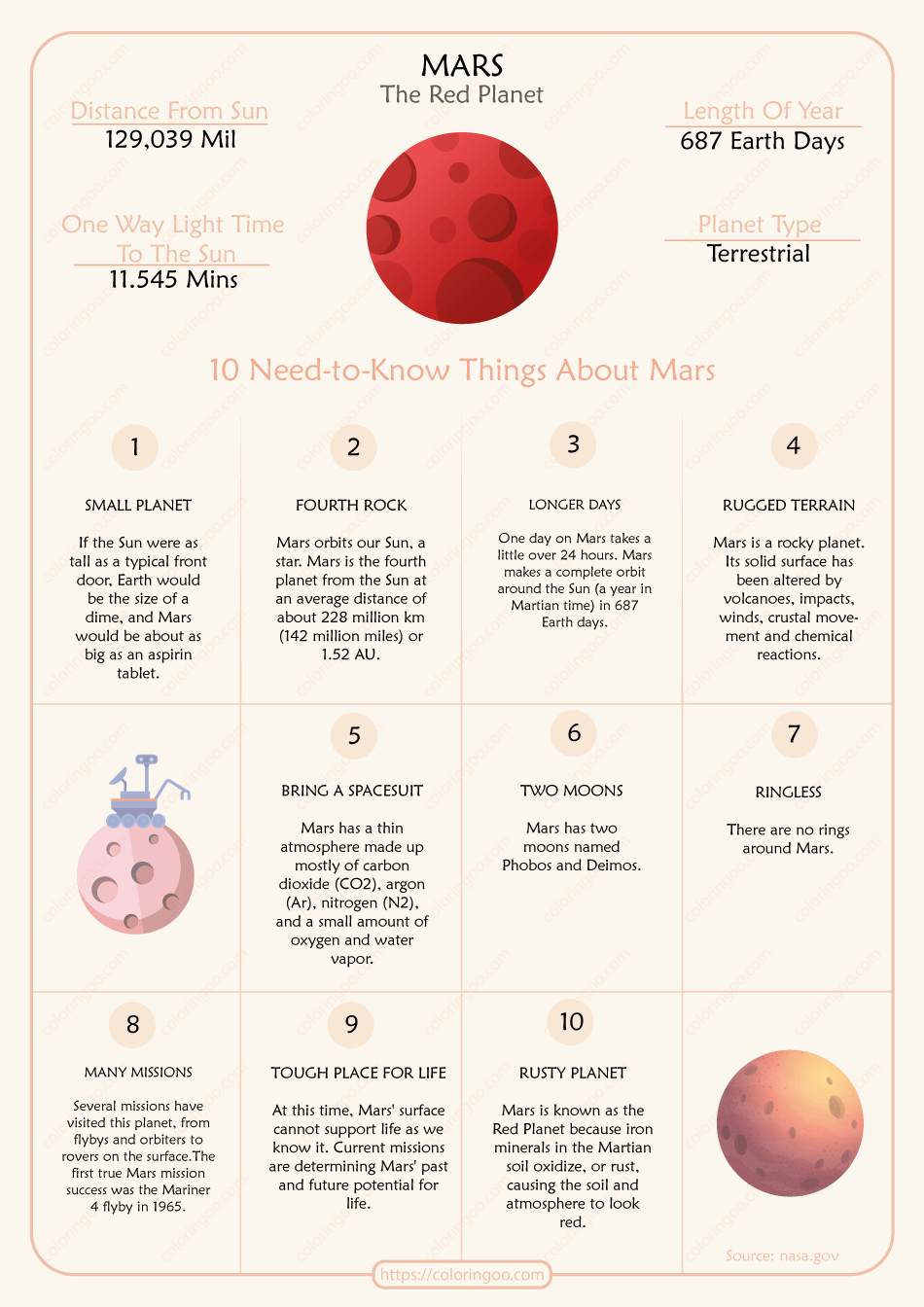 The fourth planet from the Sun, Mars is a dusty, cold, desert world with a very thin atmosphere. This dynamic planet has seasons, polar ice caps and weather and canyons and extinct volcanoes, evidence it was once an even more active past. Mars is one of the most explored bodies in our solar system, and it’s the only planet where we’ve sent rovers to roam the alien landscape.

If the Sun were as tall as a typical front door, Earth would be the size of a dime, and Mars would be about as big as an aspirin tablet.

Mars orbits our Sun, a star. Mars is the fourth planet from the Sun at an average distance of about 228 million km (142 million miles) or 1.52 AU.

One day on Mars takes a little over 24 hours. Mars makes a complete orbit around the Sun (a year in Martian time) in 687 Earth days.