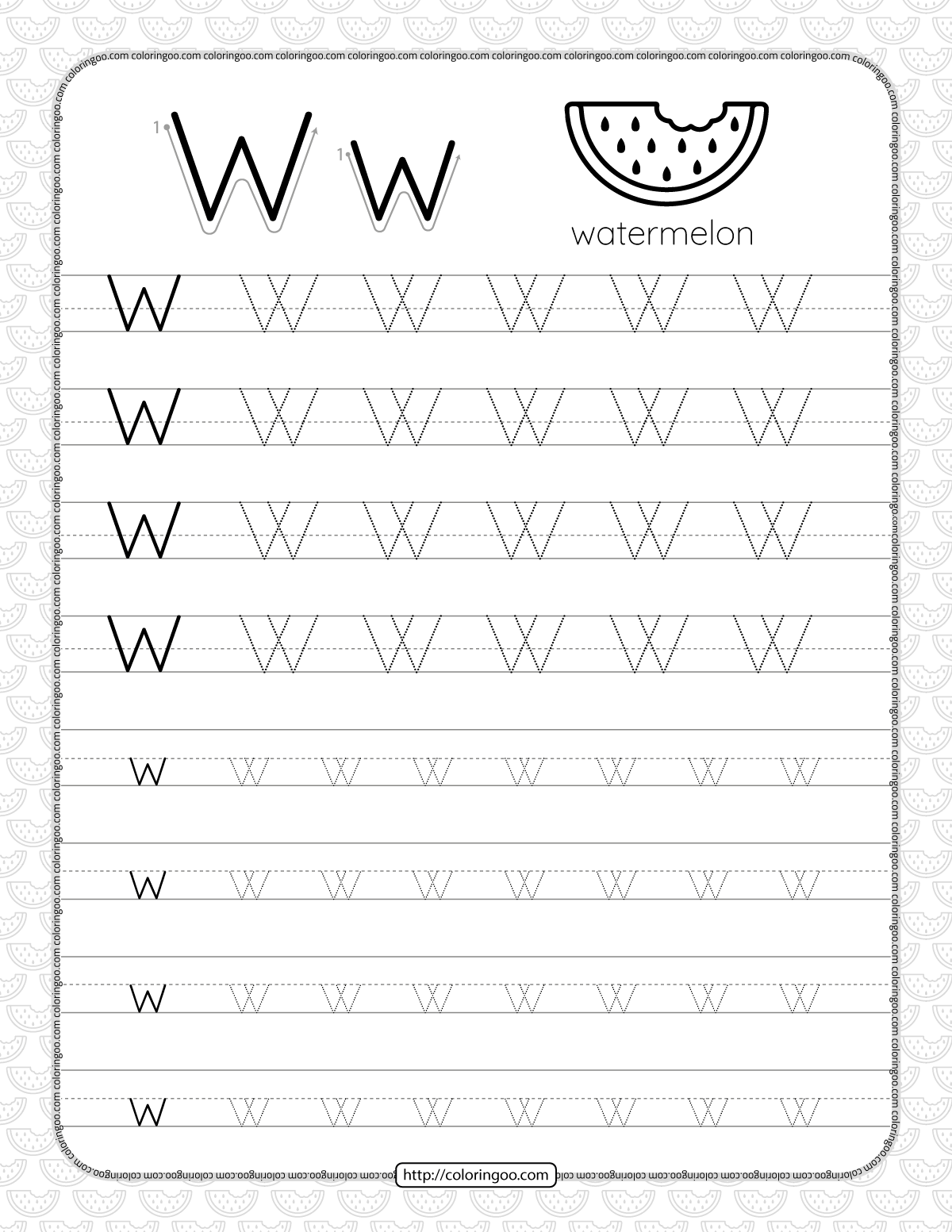 W, or w, is the twenty-third and fourth-to-last letter of the modern English and ISO basic Latin alphabets. It usually represents a consonant, but in some languages it represents a vowel. Its name in English is double-u, plural double-ues. The classical Latin alphabet, from which the modern European alphabets derived, did not have the “W’ character. The “W” sounds were represented by the Latin letter “U” (at the time, not yet distinct from “V”).