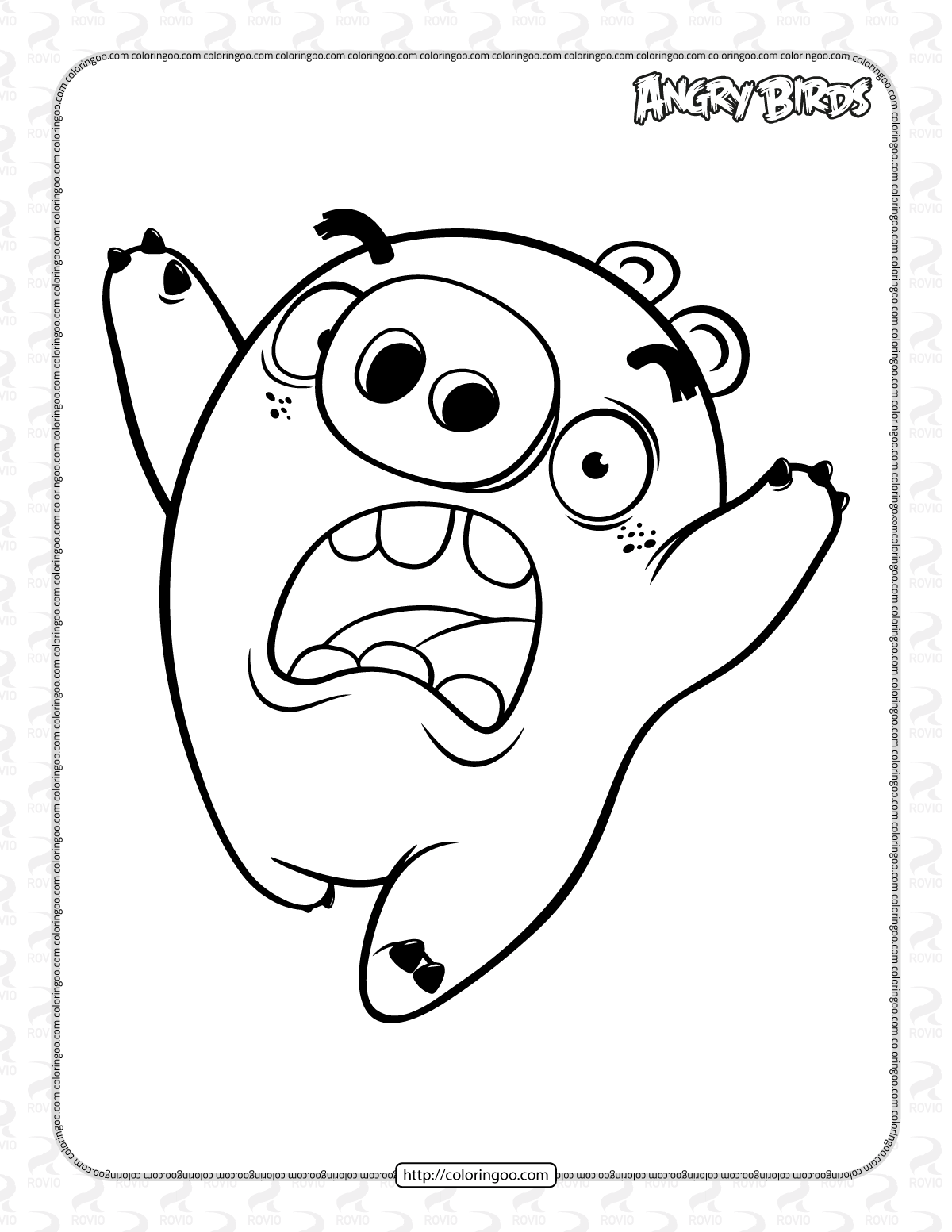 Originally, the Minion Pigs were round-shaped pigs covered in lime-colored skin. They had small eyes and a medium-sized pig snout in between. On top of their head, they had two small ears. On their back, they also had a short, corkscrew-like tail. In Angry Birds Chrome, the Minion Pigs were slightly modified to be given a more cartoonish look and larger eyes.