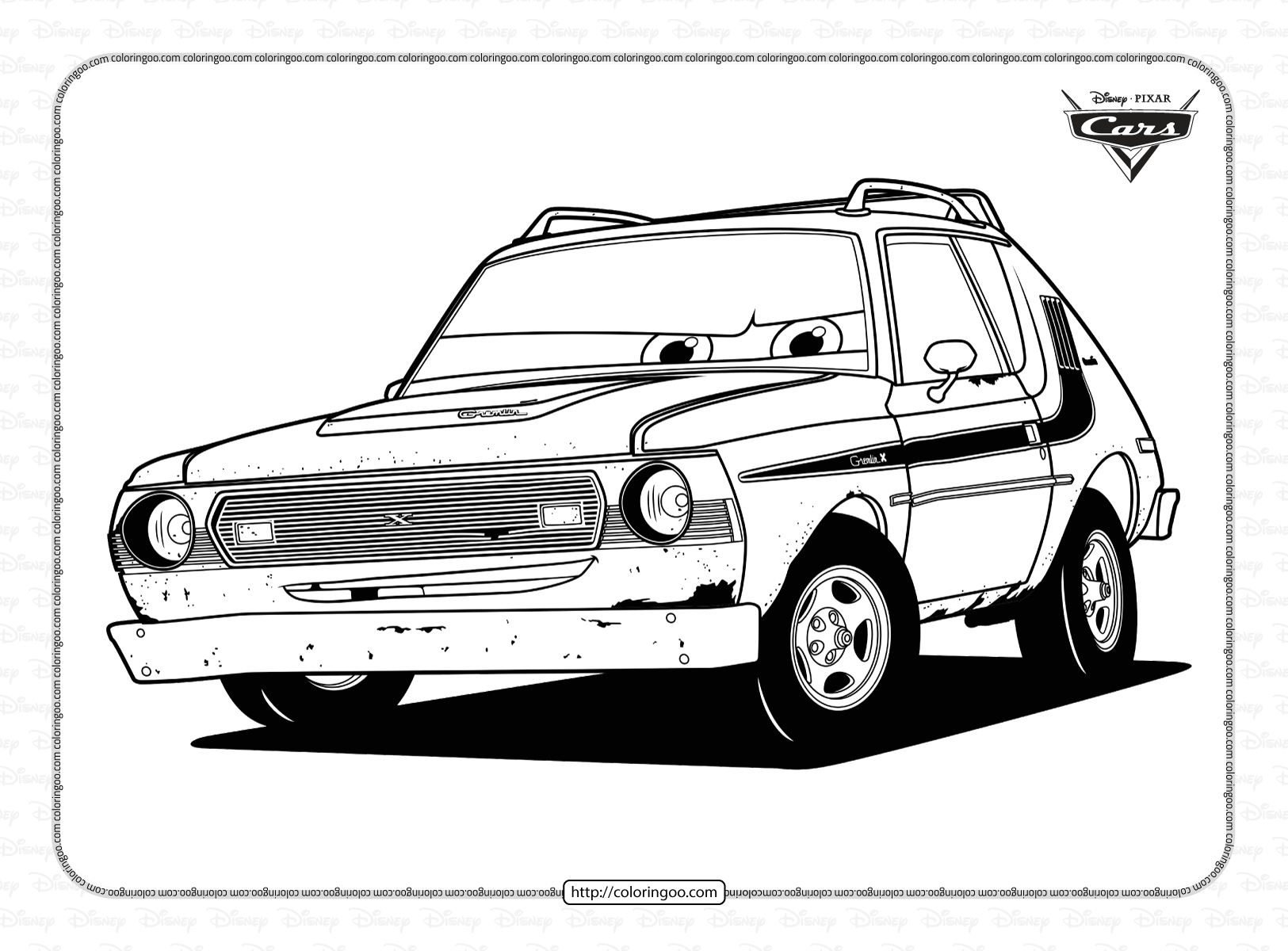 Grem is one of the two secondary antagonists (alongside Acer) of Cars 2. Grem is a dented, rusty orange AMC Gremlin. After years of being dismissed for his design, even being called a “lemon,” Grem has a big chip on his fender that has led him to the underworld of international espionage. As a henchman for a villainous boss Professor Z, Grem and his partner-in-crime Acer are trying to sabotage the World Grand Prix and the famous race cars competing in it.