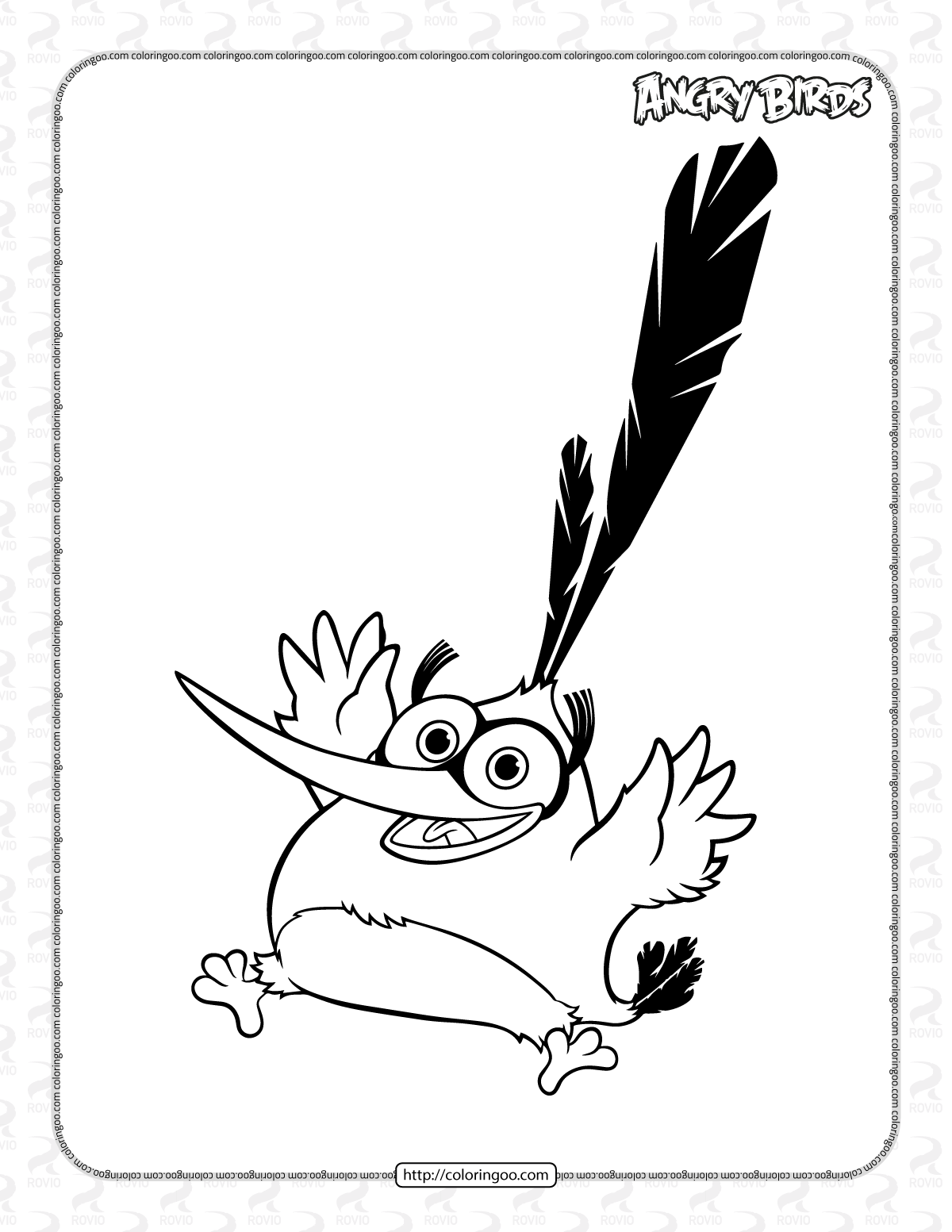 The earliest known appearance of Chuck had him as a yellow-colored, triangular-shaped bird with two feathers on his head and two large eyes with black pupils. He was soon after redesigned to have smaller eyes with red eyebrows floating on them, four black, spiky feathers on head, and three of said feathers on his back as his tail. He also has white feathers on his belly. 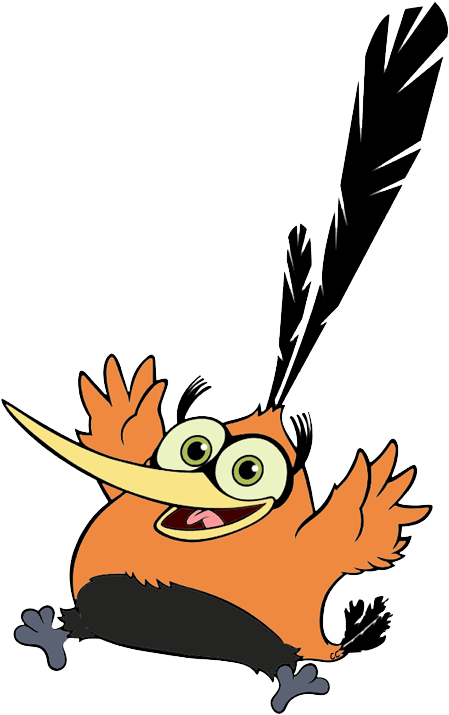