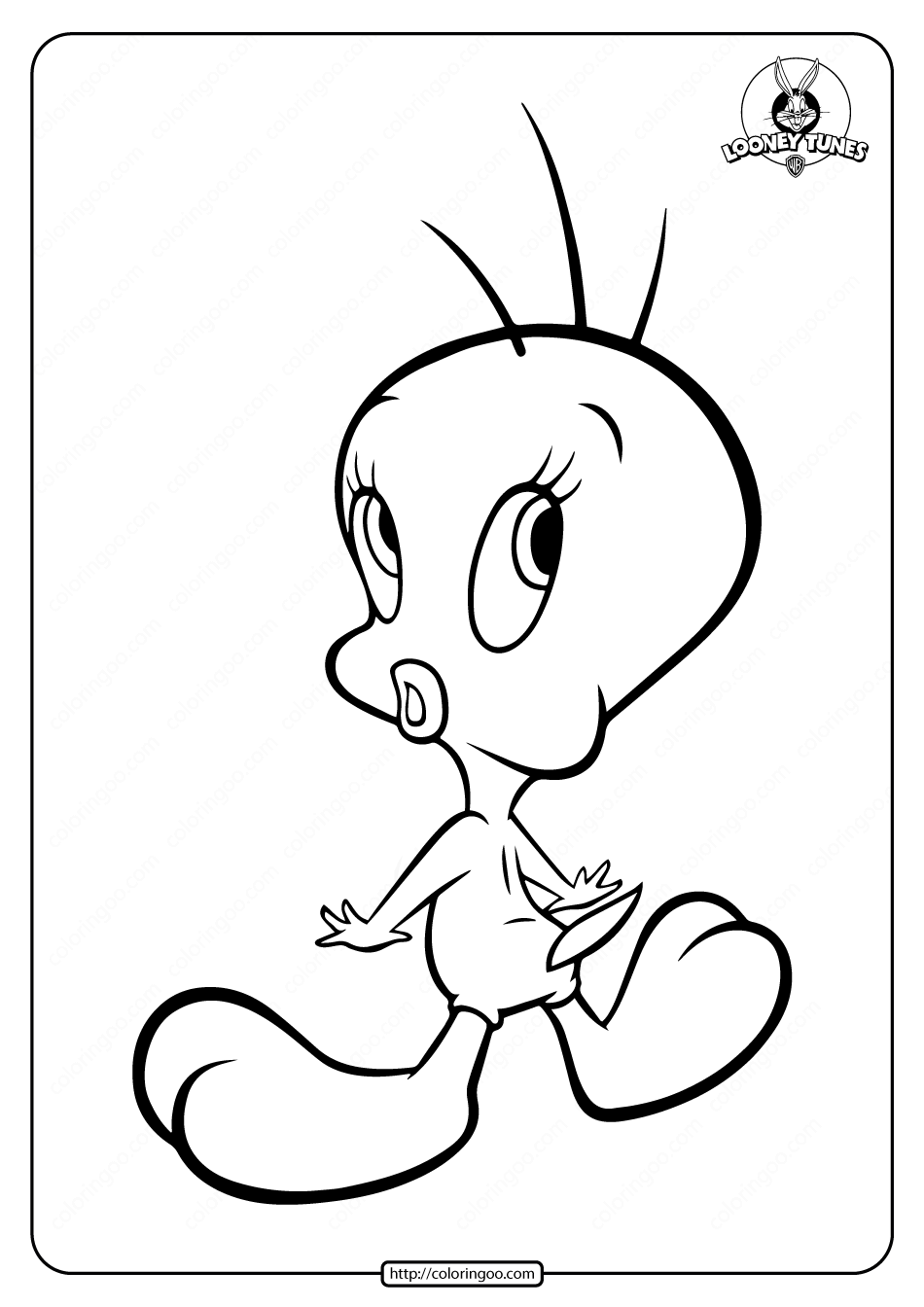 Tweety (also known as Tweety Pie and Tweety Bird) is a yellow canary in the Looney Tunes and Merrie Melodies series. Tweety appeared in 46 cartoons in the Looney Tunes Golden Age. Despite Tweety’s feminine appearance, Tweety always was male. Tweety made his first appearance in 1942 in “A Tale of Two Kitties”, directed by Bob Clampett, but was not paired with Sylvester The Cat until five years later. The 1947 cartoon “Tweetie Pie” pitted them against each other for the first time.