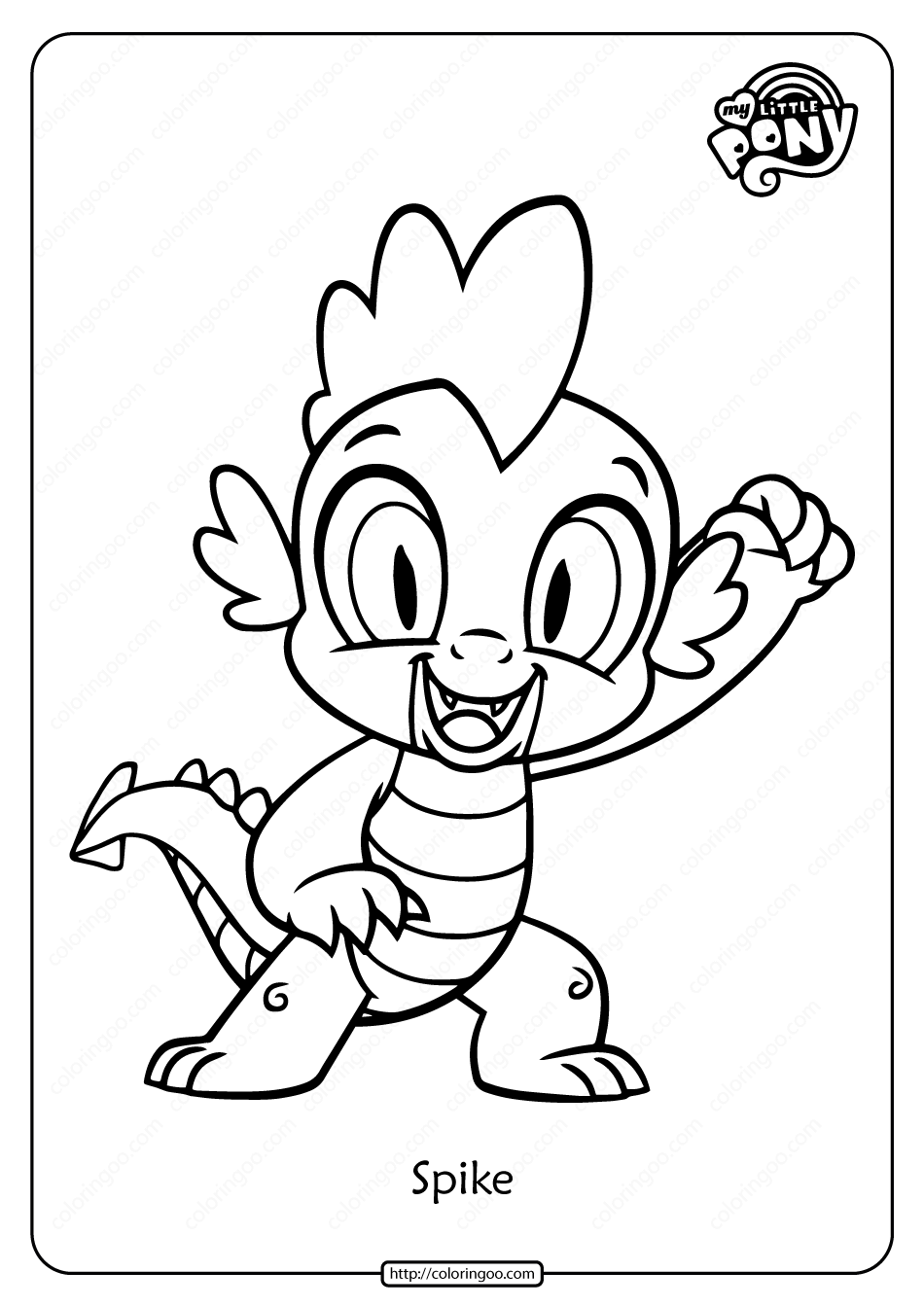 Spike, also known as Spike the Dragon, is a male “pre-teen” dragon and one of the seven main characters of My Little Pony Friendship is Magic. He is Twilight Sparkle‘s best friend and number one assistant. He has the ability to magically deliver scrolls to and from Princess Celestia with his fire breath, which features in many episodes, as does his crush on Rarity.