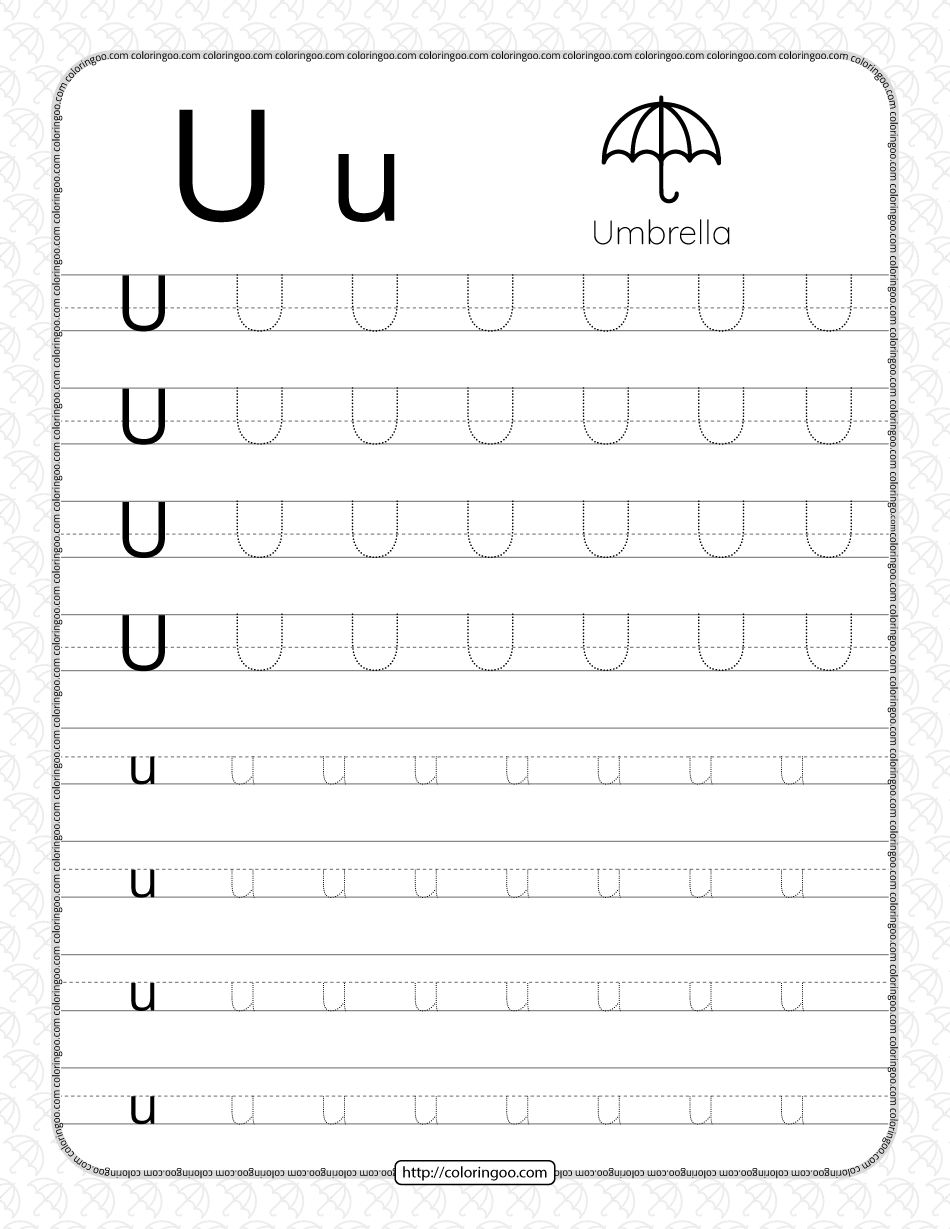 U, or u, is the twenty-first and sixth-to-last letter of the ISO basic Latin alphabet and the fifth vowel letter of the modern English alphabet. Its name in English is u (pronounced /ˈjuː/), plural ues. The letter u ultimately comes from the Phoenician letter waw by way of the letter y. See the letter y for details.