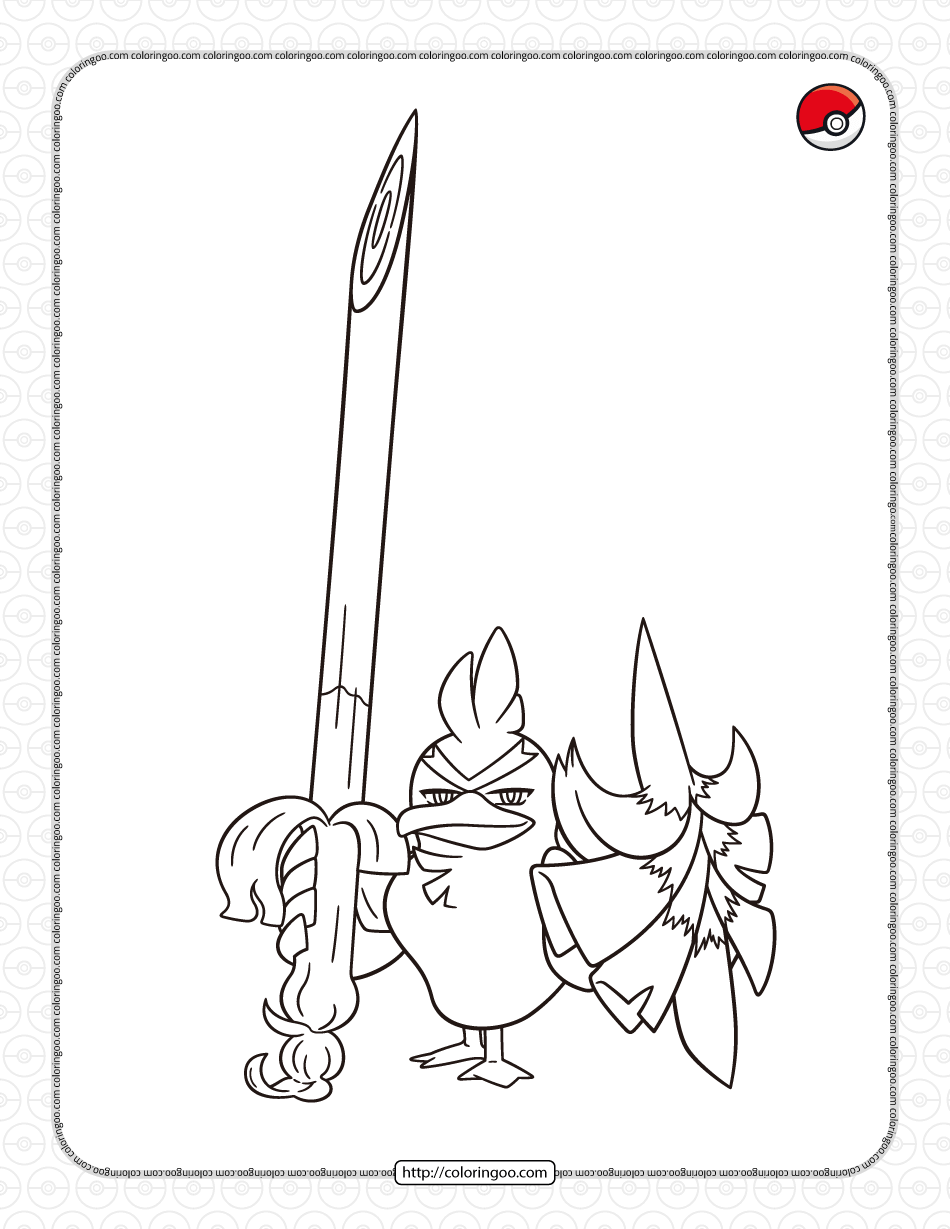 Sirfetch’d is an avian Pokémon that resembles a white duck, standing no taller than its pre-evolved form Farfetch’d and retaining its yellow beak, brown eyes, and eyebrow-like marking. Its legs and webbed feet are colored yellow, while the three-feather crest on its head and stubby tail are white. Its wings serve as humanoid hands, with the feathers at the end resembling fingers. It carries a massive leek in two parts, wielding the long, sharpened stalk as a lance and using the hard leaves as a shield. 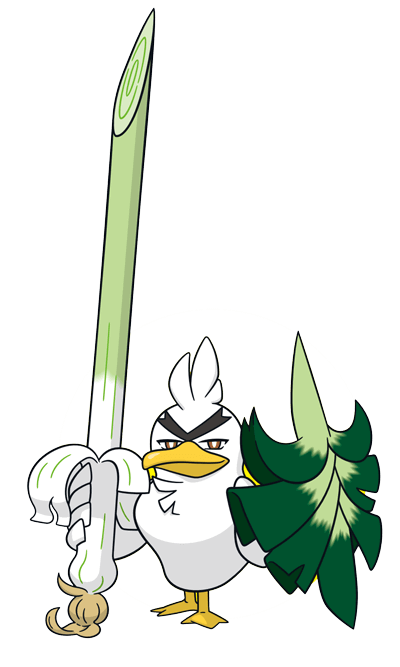