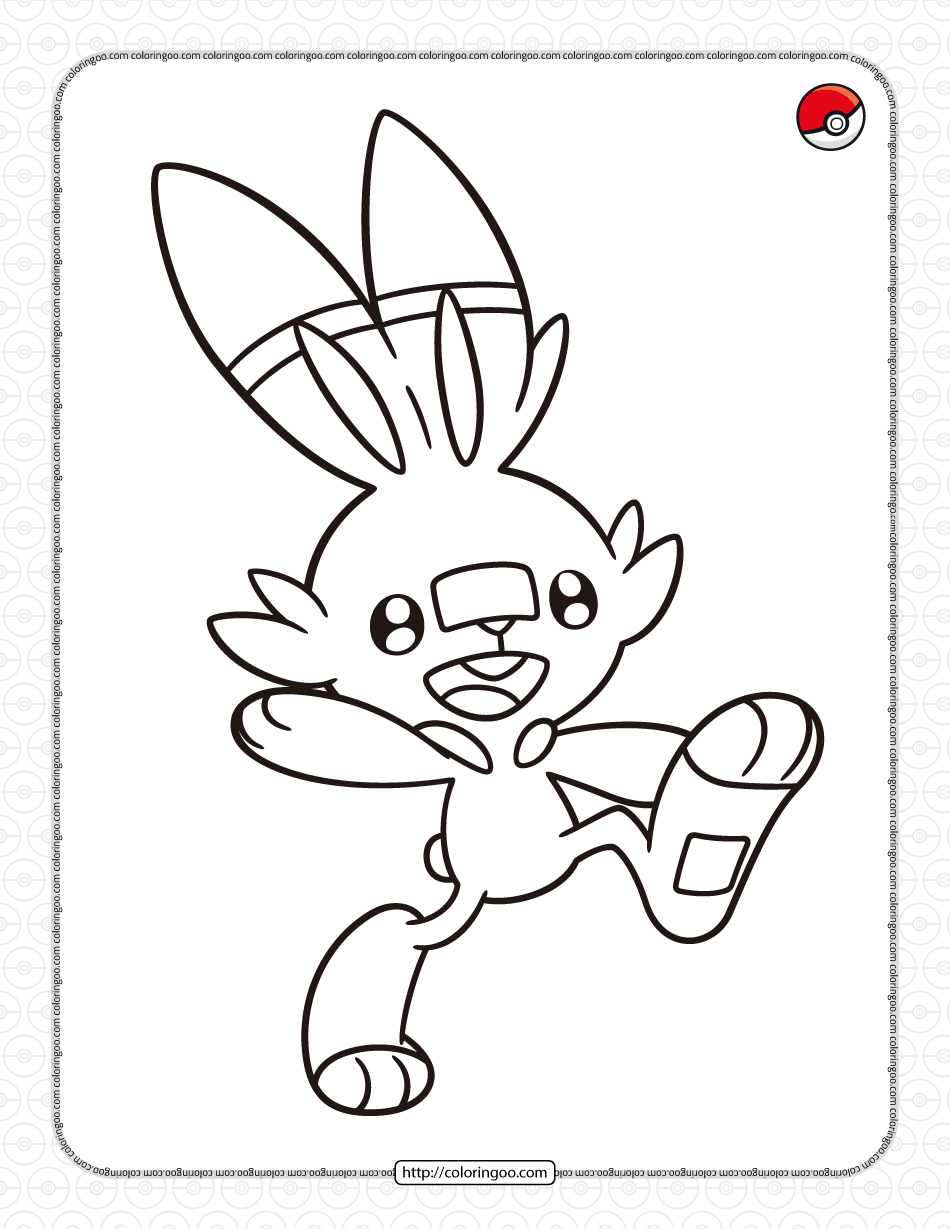 Scorbunny is a rabbit-like Pokémon that has a predominantly white body with orange and yellow markings on its ears, toes, and neck. The markings on its neck resemble a collar. It has buckteeth, an orange nose, and irises, black sclerae, as well as a yellow band shape across its nose, resembling a bandage. It has long legs with long feet and the same yellow band on its nose under each paw pad. It also has a small, white, poof-like tail. 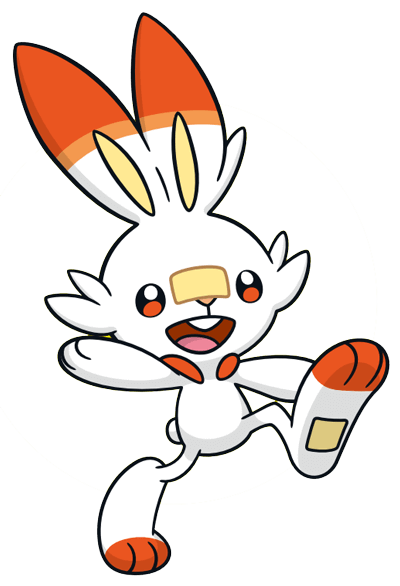