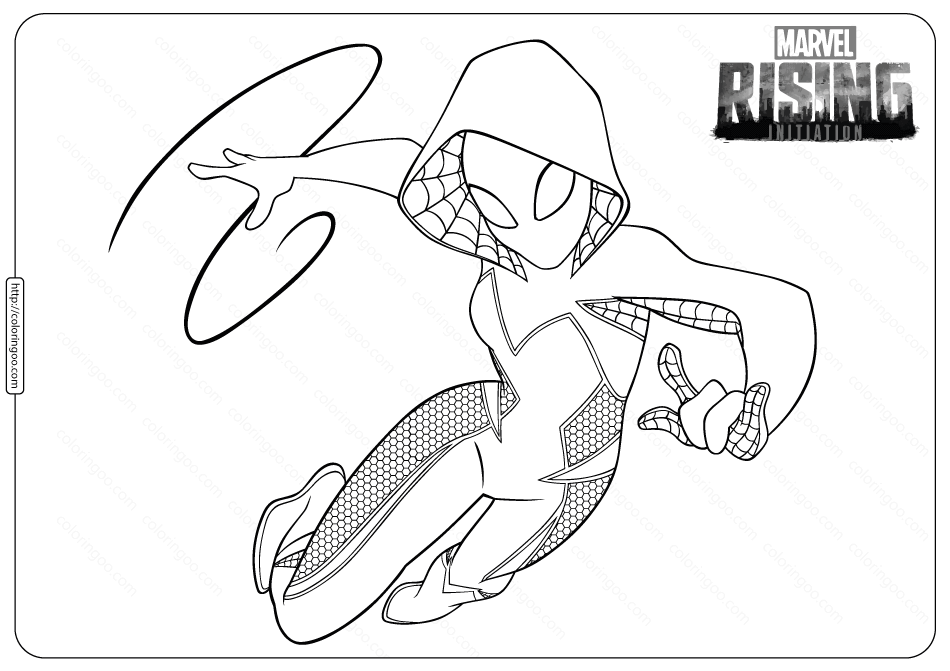 Gwen Stacy is a member of the Secret Warriors. As a superhero, she is known as Ghost-Spider. She is voiced by Dove Cameron. Here are some of her quotes. Gwen Stacy was just the daughter of George Stacy, until she got bit by a radioactive spider. She gained spider powers and became the superhero, Ghost Spider. Her friend, Kevin got powers in the Terrigen Wave and she helped train him to be a superhero too.