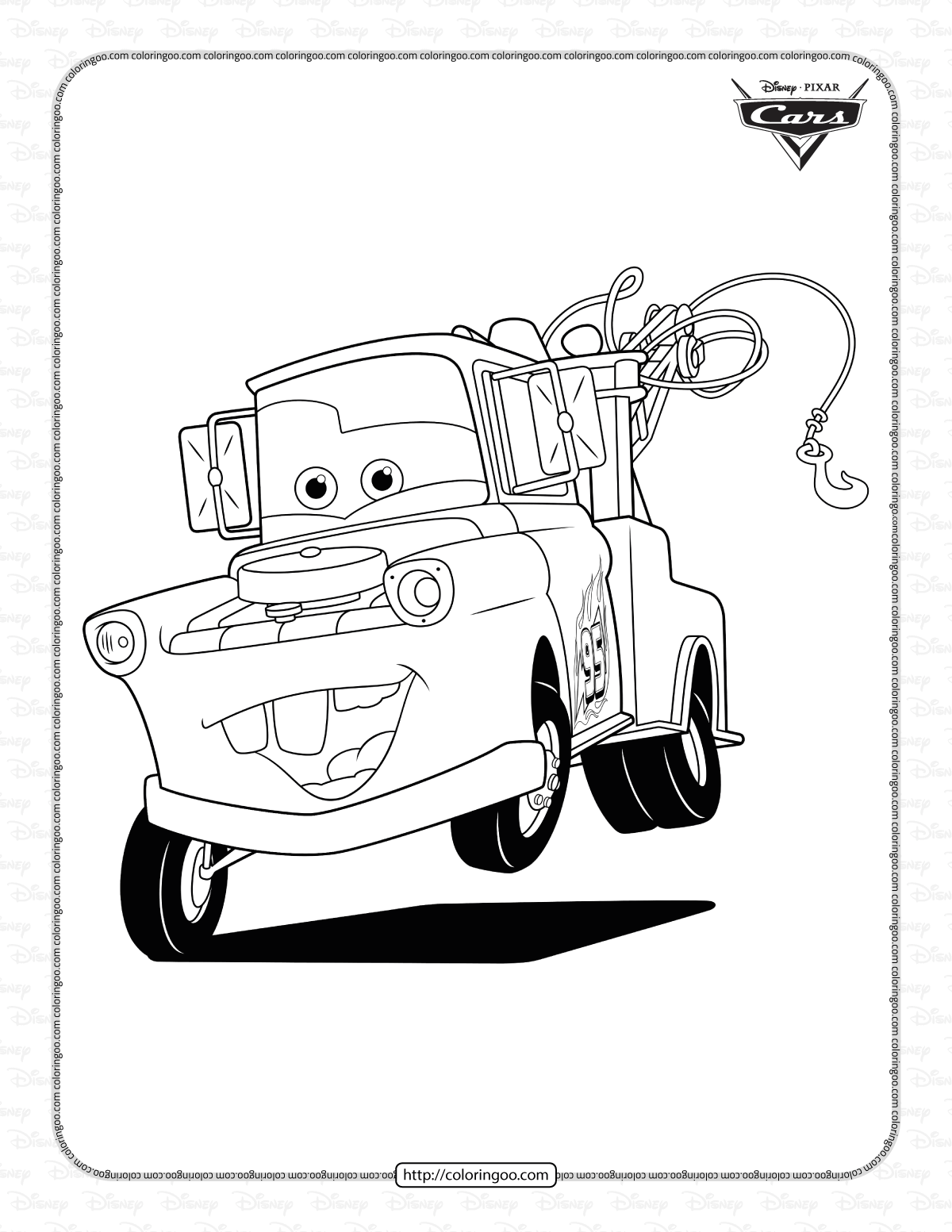 Sir Tow Mater, most commonly referred to as Tow Mater or simply Mater, is a supporting character in Cars and its sequels, Cars 2 and Cars 3 as well as Cars Toons. He is voiced by Larry the Cable Guy and inspired by a 1956–57 International Harvester Tow truck and 1955-1957 Chevrolet Task Force. Portrayed as Holley Shiftwell’s boyfriend, and Lightning McQueen’s best friend and sidekick, he had a breakout role in Cars Toons: Mater’s Tall Tales and in other media related to Cars.