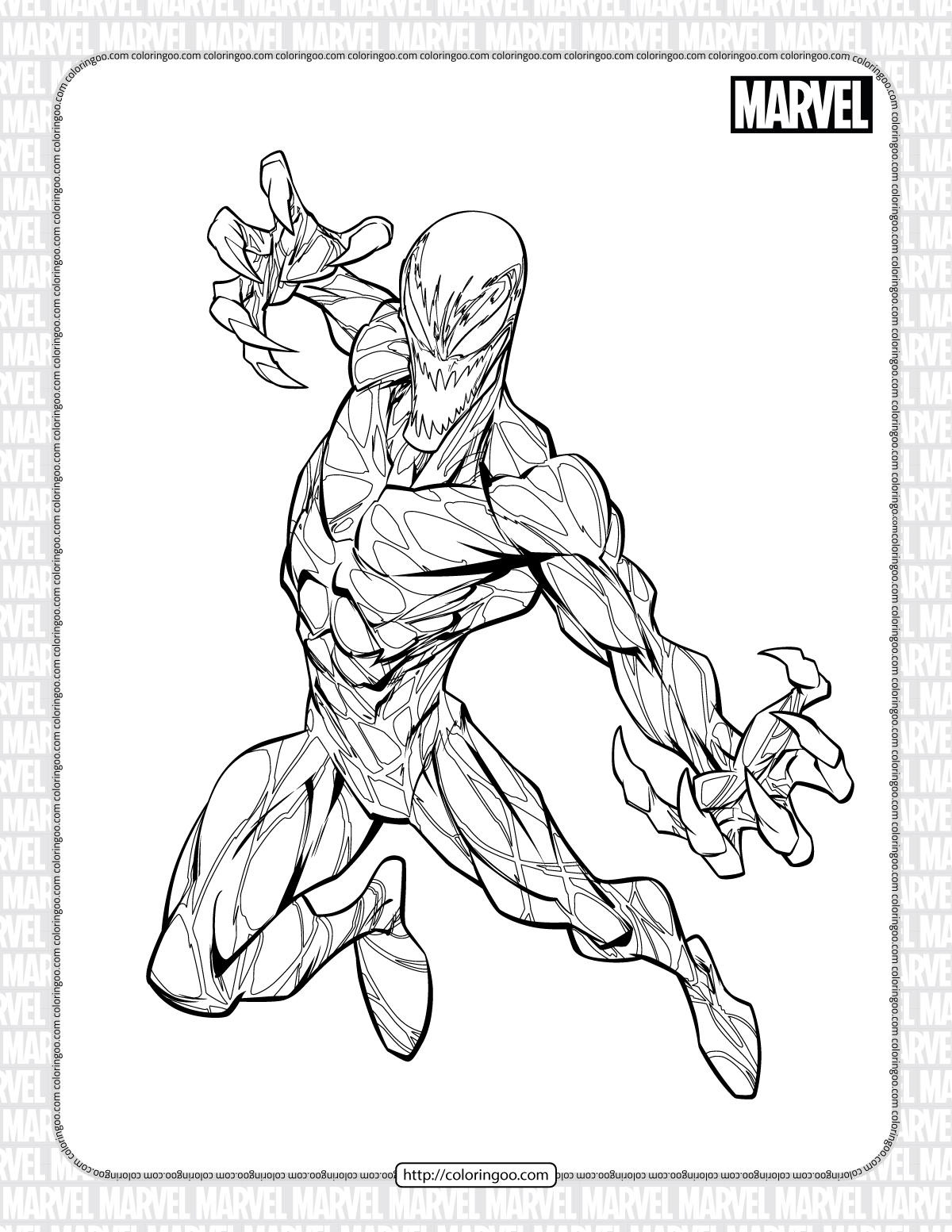 Carnage is a supervillain appearing in American comic books published by Marvel Comics, usually depicted as an adversary of Spider-Man and the archenemy of Venom. The character first appeared in The Amazing Spider-Man #361 (April 1992), and was created by writer David Michelinie and artist Mark Bagley, although the first published artwork of Carnage was penciled by Chris Marrinan.