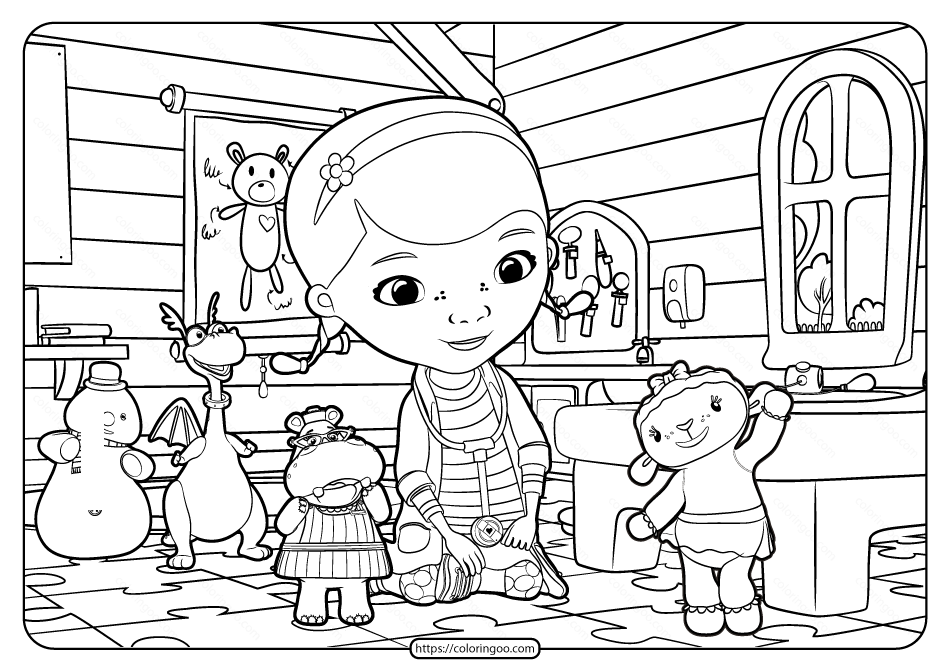 Doc McStuffins is an American animated television series produced by Brown Bag Films. It premiered on March 23, 2012 on Disney Channel and Disney Junior. The series is about a six-year-old girl who can “fix” toys, with a little help from her stuffed animal friends. The series debuted the same day as Disney Junior: The Channel, which is Disney-ABC’s first preschool-oriented network in the United States.

Free Printable Doc McStuffins Coloring Pages for Kids. You can print, download pdf or png all the coloring pages for free.