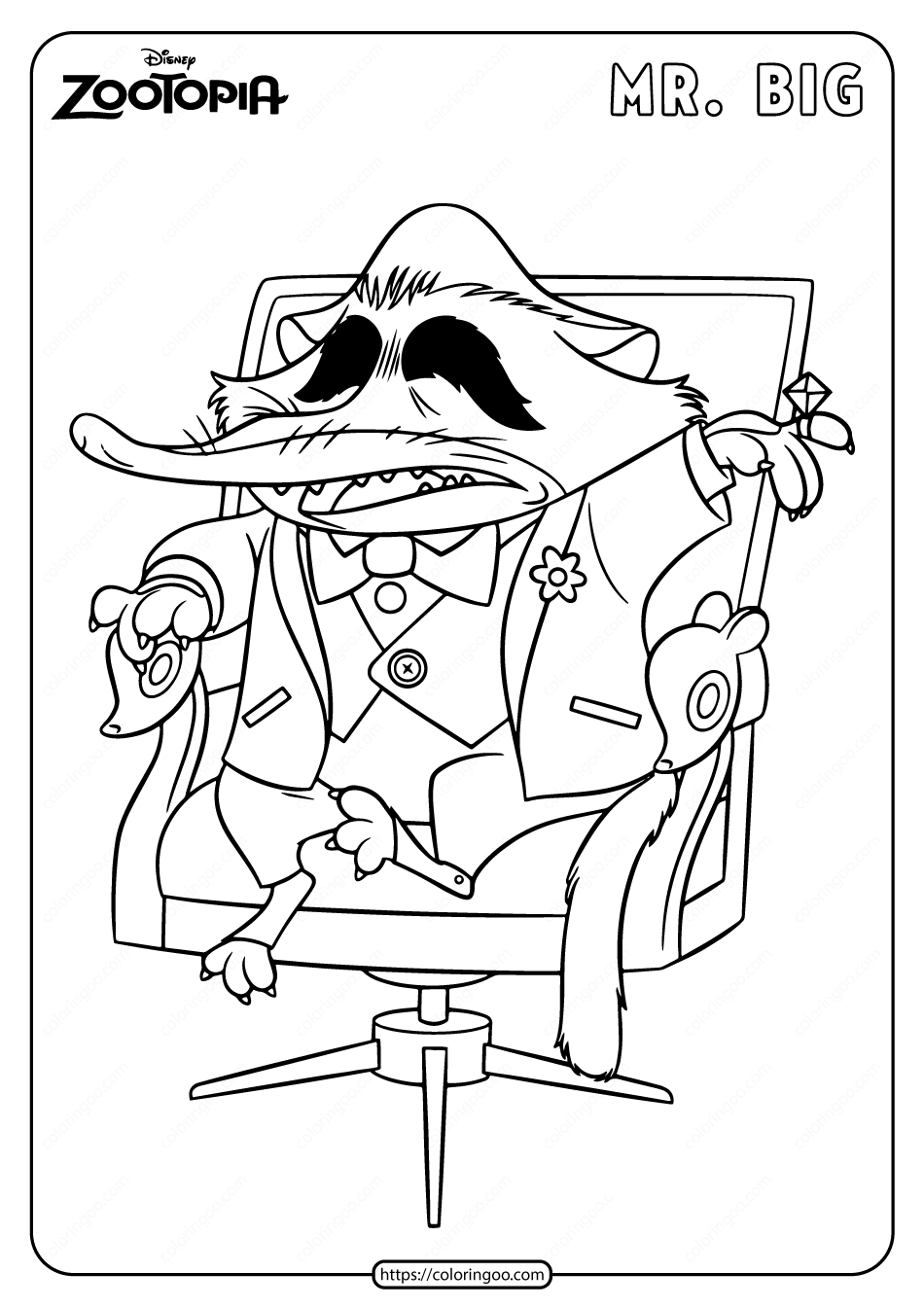 Mr. Big is an old male Arctic shrew and a supporting character in Zootopia. He is the father of Fru Fru, the father-in-law of her husband and the soon-to-be grandfather of Judy. He is also the leader of his mafia. Mr. Big is the most infamous and feared crime boss in Tundratown, and evidently has the respect of numerous law-abiding citizens as well as the Zootopian underworld, such as Emmitt Otterton and Renato Manchas.