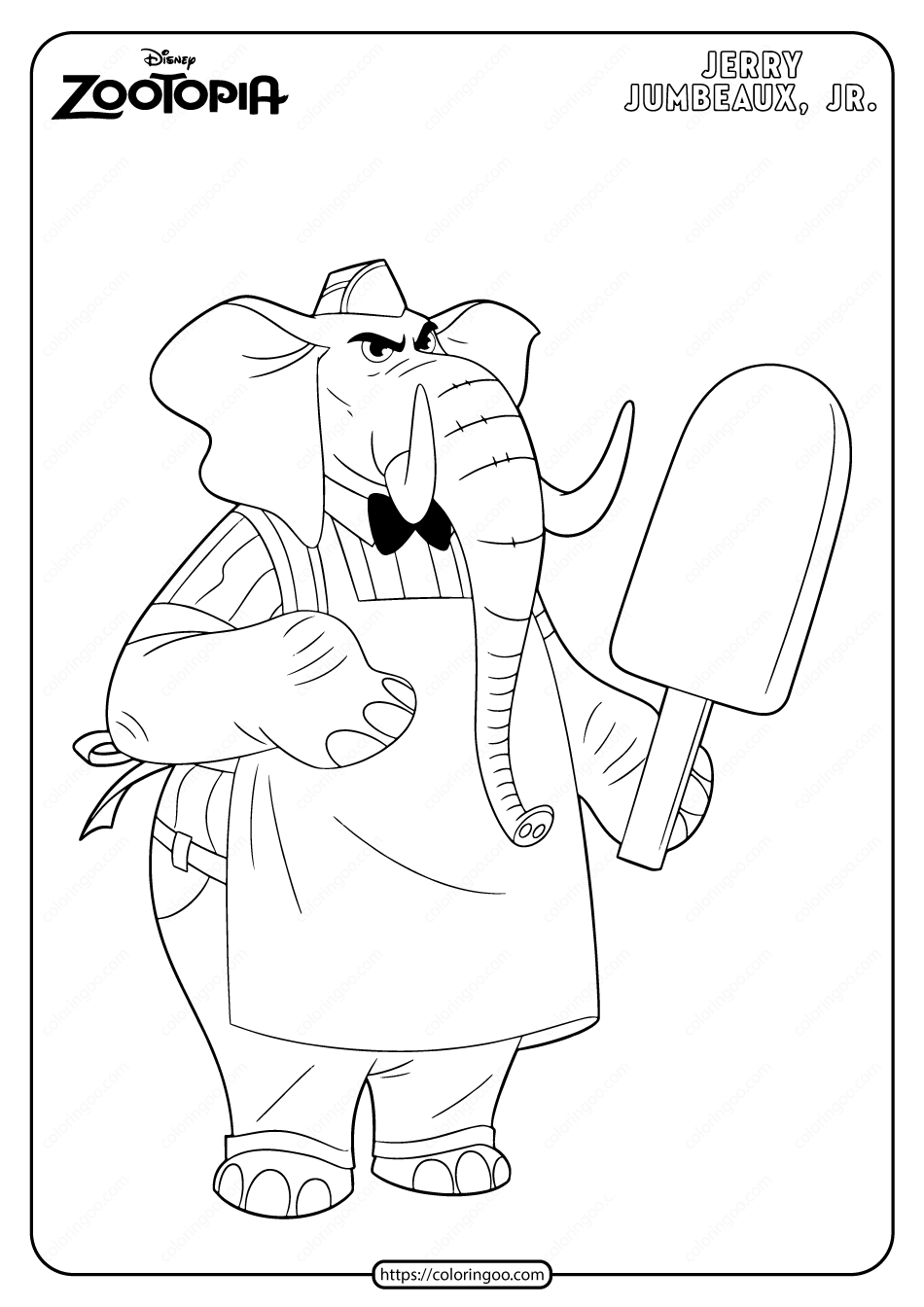 Jerry Jumbeaux, Jr. is a male African elephant who owns Jumbeaux’s Café in Zootopia. Jerry Jumbeaux, Jr. appears in his café, refusing service to Nick Wilde and Finnick due to the fact that they are foxes, and are thus deemed untrustworthy. Despite Nick’s begging, Jerry points to a sign with the words “We reserve the right to refuse service to anyone”, and demands that they leave.