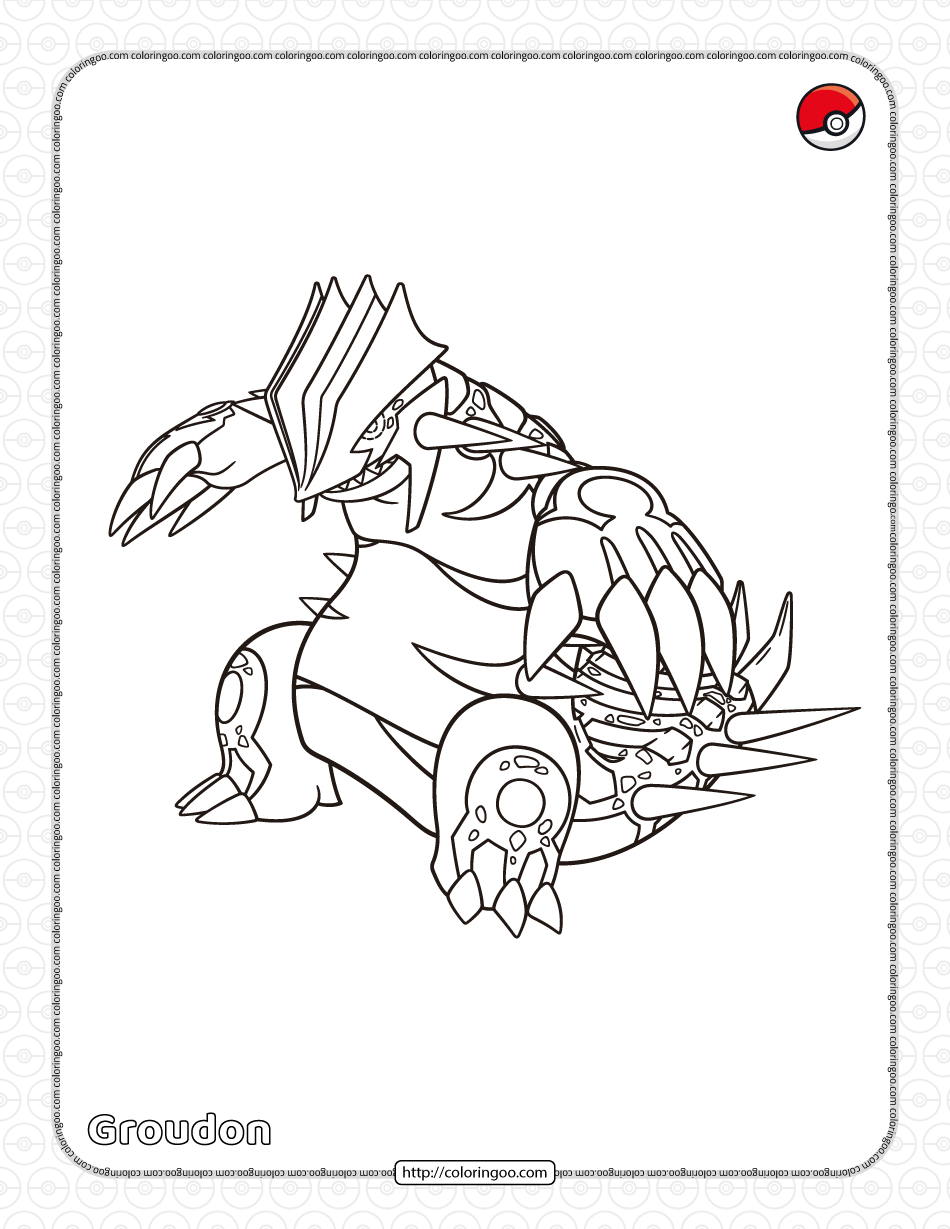 Groudon is a massive, bipedal, dinosaur-like Pokémon covered in red, segmented plates of thick skin that act as armor. It has a gray underside and large white spikes that run along the sides of its head, body, and tail. Groudon has four claws on each hand, four dozer-like blades on the end of its large tail, and three claws on each foot with gray markings under its feet. 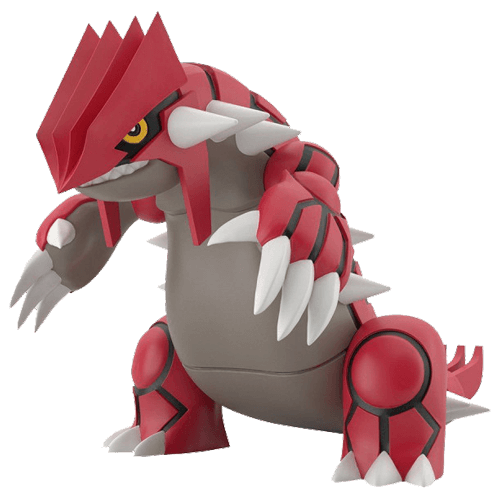