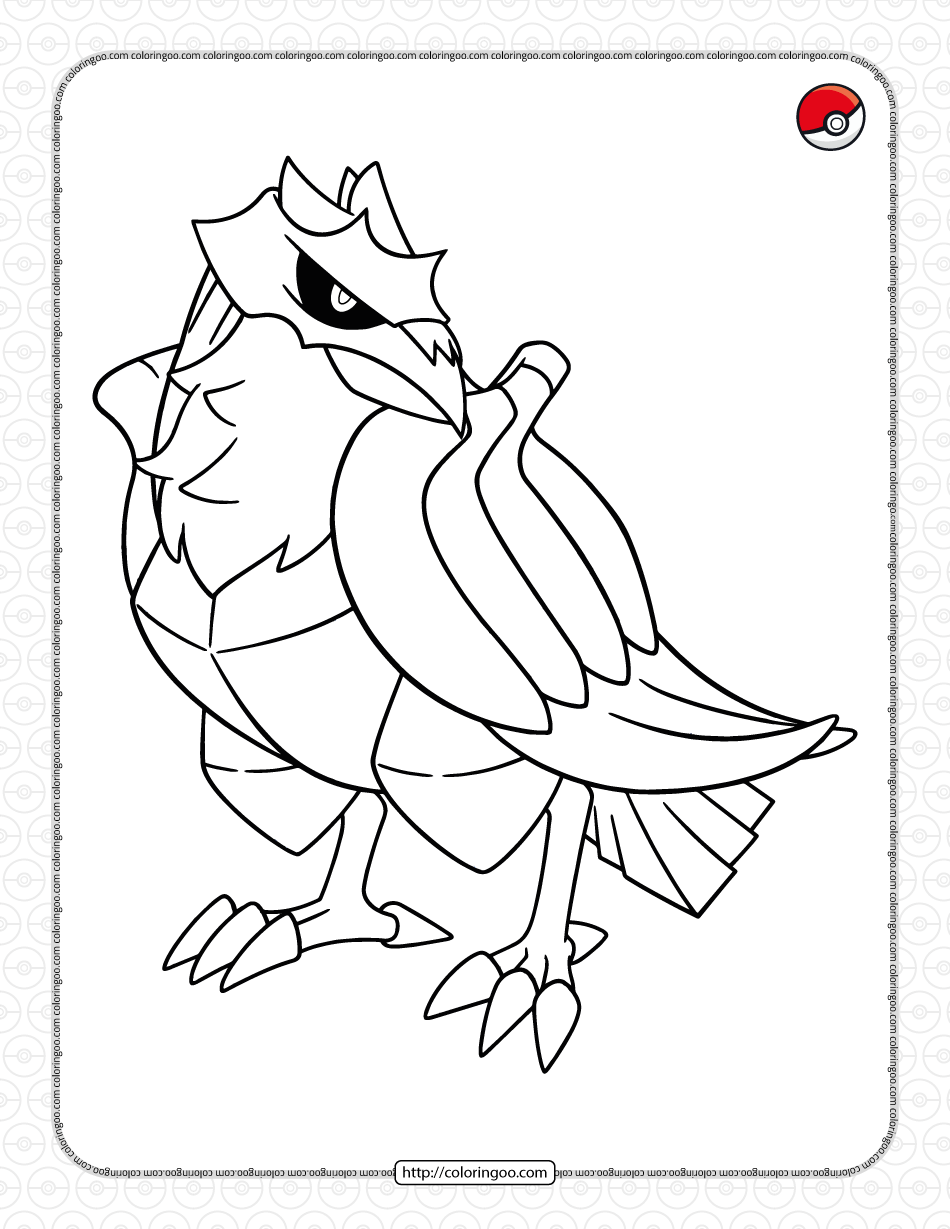 Corviknight is a large, avian Pokémon resembling a raven. Most of its body is a lustrous black, but its lower beak and legs have a matte color. Its feathers are tempered with steel. Its mantle, breast, belly, flanks, and scapular feathers are smooth and resemble plate armor. Corviknight’s talons, head, and upper beak are similarly armored. It has a crest above its eyes that resembles a crown, and a ruff of feathers on its throat that resemble a beard. 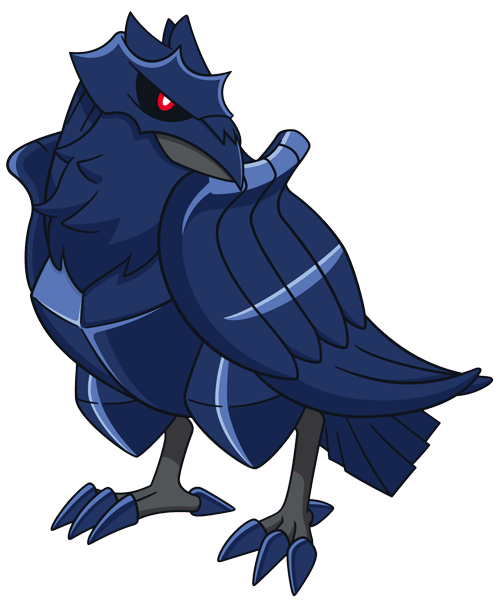