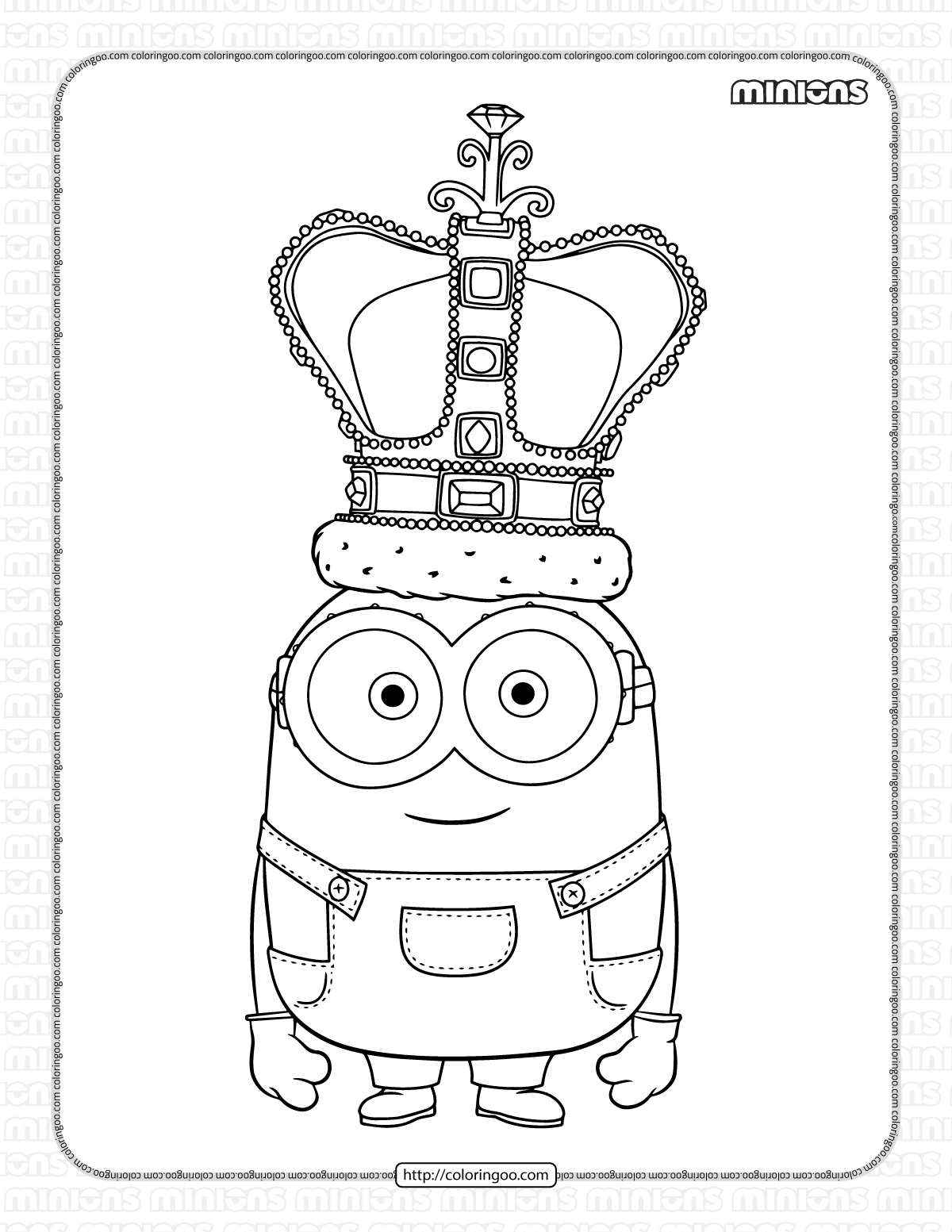 Bob (temporarily known as King Bob) is one of the Minions. He appears in Despicable Me 2 and the prequel films Minions and Minions: The Rise of Gru, being the tritagonists of these two. A minion by the same name, having a different appearance, appears in Despicable Me. Bob is a short and bald Minion with heterocromia. He often carries around a teddy bear that he owns called Tim, which is brown with yellow buttoned eyes.