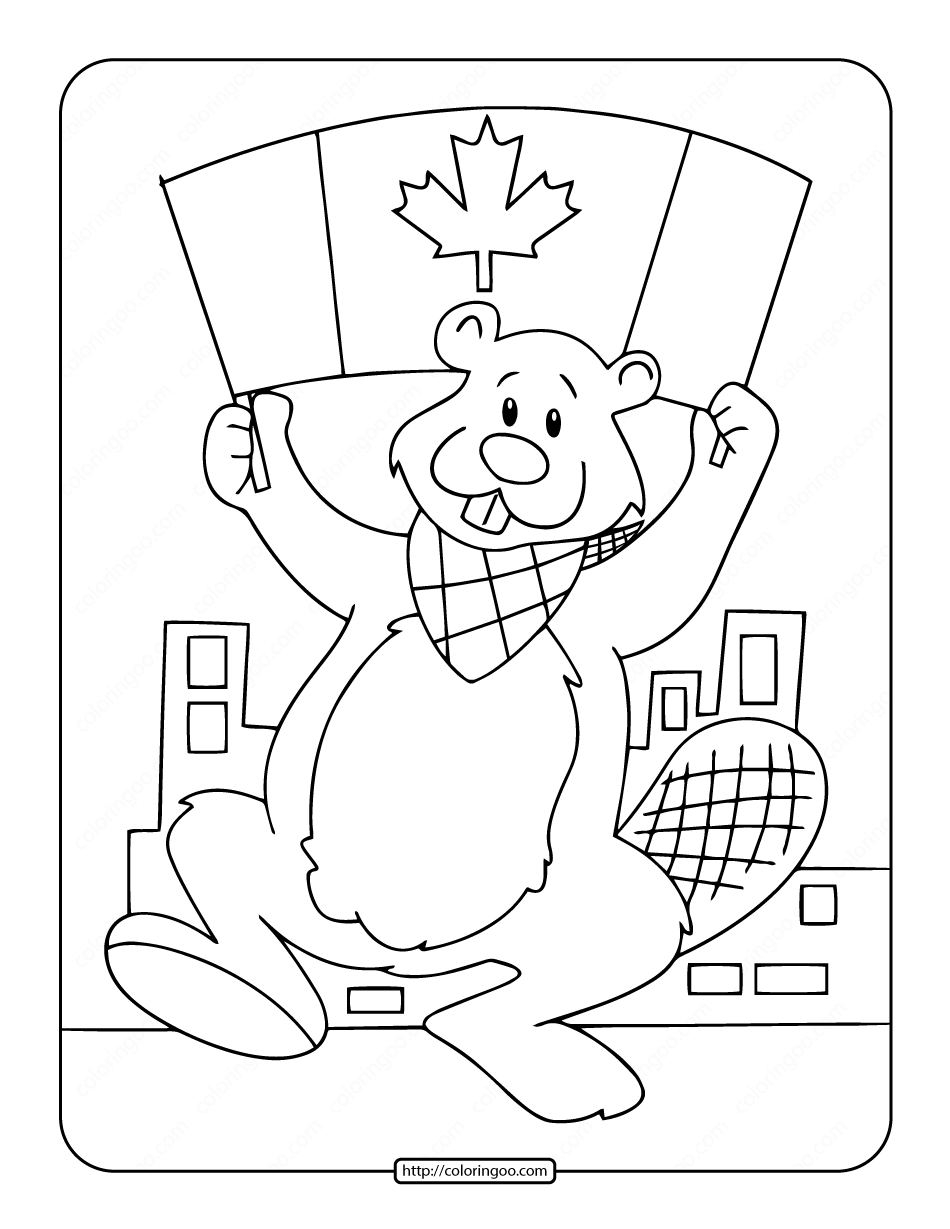 The importance of the beaver in the development of Canada through the fur trade led to its official designation as the national animal in 1975. The animal has long been associated with Canada, appearing on the coat of arms of the Hudson’s Bay Company in 1678. It is depicted on the Canadian five-cent piece and was on the first pictorial postage stamp issued in the Canadian colonies in 1851 (the so-called “Three-Penny Beaver”). Keep reading the post to print the coloring page!